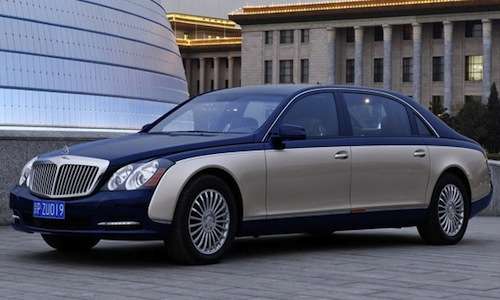 Although a cash rebate for car buyers is nothing new, a six-figure rebate is unheard of. Well, unheard of until now, because luxury automaker Maybach is currently offering a $100,000 rebate on two sedans. Maybach, a branch of Daimler (owner of Mercedes-Benz) is offering the massive rebate to help sell its Type 57 and Type 62 sedans, which retail for $376,300 - $416,200 and $427,700 - $467,600 respectively. Despite Maybach’s hefty MSRP, its new cash rebate program would cut a considerable fraction off the asking price.

Aside from being an attempt to please uber-rich car buyers, Daimler has instituted the rebate to sell remaining Maybach models before production ceases at the end of the year. Maybach has been a bust for Daimler since it revived the brand in 2002. Damiler originally intended for Maybach to compete with ultra-luxury brands like Rolls-Royce and Bentley. Daimler had predicted global sales of 2,000 units for Maybach, with 50 percent coming from the U.S. market. This sales goal proved to be a lofty one for Daimler, as Maybach sold just 157 vehicles worldwide in 2010. By comparison, the similarly priced Rolls-Royce sold a total of 2,711 models in the same year.

The 2012 Maybach Type 62 contains the same standard features as the Type 57, but also includes some interesting options. Customers can opt for the panoramic glass sunroof, which costs $11,670 or the loudspeaker and microphone system, a $1,780 cost. The Type 62 also offers a retractable electrotransparent partition screen between the driver and the rear occupants for $23,780.

Despite its luxury moniker, Maybach was actually founded in 1909 as a manufacturer of diesel and petrol engines for Zeppelins and rail cars. It wasn’t until 1919 that the German manufacturer began producing automobiles. Over the next twenty years Maybach manufactured several opulent vehicles, but was more recognized for its heavy-duty engines. During World War II Maybach produced engines for Nazi medium and heavy tanks. The company ceased manufacturing automobiles in 1945, although it continued making engines. It wasn’t until 2002 that Maybach turned to producing luxury vehicles during its short and unsuccessful revival attempt. Forbes indicates that Maybach has generated zero profit for Daimler since it was resurrected in 2002.