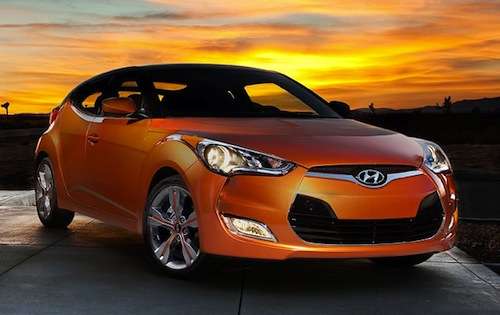 Hyundai has announced the recall of certain model-year 2012 Hyundai Veloster vehicles due to a parking brake defect. Specifically, affected parking brakes may suffer “binding” due to excessive moisture and road grime. As a result, the Veloster’s parking brake may drag while driving, or may not full employ when in park. If this occurs, the vehicle may roll away after being parked. The recall affects 4,490 vehicles that were built from July 2, 2011 through Feb. 27, 2012.

While it may not be as dangerous as the vehicle’s regular brakes failing, a stuck emergency brake still poses a serious problem. There are four major signs that drivers can look out for when it comes to parking brake sticking. Firstly, the vehicle’s may become overly unstable while braking and turning. Next, straight line braking may be affected under hard braking conditions. Additionally, a dragging parking brake may cause brake pad odor. Lastly the Veloster’s brake disk may become damaged. The biggest signs of brake disk damage are groove and pad indentation on the rotor.

Hyundai will begin notifying customers of the recall in January 2013. Affected Veloster models will receive rear brake caliper assembly replacement, free of charge. In the meantime, owners can contact Hyundai at 800-633-5151. Concerned customers can also contact the National Highway Traffic Safety Administration at 1-888-327-4236 or go to www.safercar.gov.

Aside from its emergency brake recall, Hyundai also issued a second recall on Wednesday concerning the Veloster’s sunroof. The recall, which affects 13,500 model year 2012 Hyundai Veloster vehicles, was issued due to a dangerous panoramic sunroof defect. Certain Veloster models may contain an improperly assembled sunroof, which may spontaneously shatter.

The sunroof recall stems from an October investigation by the National Highway Traffic Safety Administration. The government agency began probing the Veloster’s sunroof after it received 15 complaints in regard to the vehicle’s faulty sunroof. Interestingly, each of the 15 grievances concerned new Veloster vehicles with fewer than 3,000 miles.

Also worth noting is that two Veloster owners stated that their vehicle’s sunroof shattered while parked. Although the recall notice specifies that the safety issue only affects vehicles in operation, one owner stated that his Veloster’s glass exploded while he was washing the car. In fact, the shattering glass flew six feet away from the vehicle, according to the owner. Like the Hyundai Veloster emergency parking brake recall, the sunroof defect recall will begin next month.