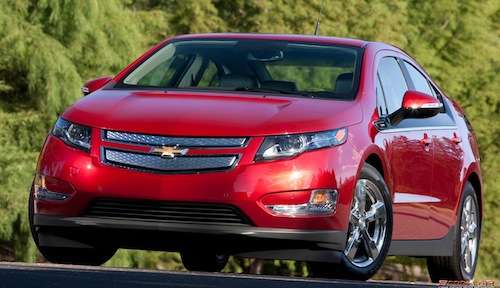 While sales of the Volt have been less than anticipated, GM claims that it can still make a profit in the years to come.
Advertisement

Although a new report by Reuters contends that General Motors is losing as much as $49,000 on each Chevrolet Volt sold, the automaker has come out strongly against the publication’s assertion. According to GM, the Reuters article, which is based on interviews with industry and manufacturing experts, is “grossly wrong.”

Despite calling the piece “grossly wrong,” GM has previously acknowledged that it has lost money on the Volt. That being said, GM has maintained that its investment in the Volt will ultimately pay off as vehicle sales increase in the future.

“Every investment in technology that GM makes is designed to have a payoff for our customers, to meet future regulatory requirements and add to the bottom line,” said GM in a statement. “The Volt is no different, even if it takes longer to become profitable.”

As for the Volt's profitability, Reuters claims that the automaker is “still years away from making money on the Volt.” Reuters defends it argument by stating that the Volt will soon face solid competition from rivals like Ford and Honda. Ford’s upcoming Fusion Energi Plug-in Hyrbid is reported to get an impressive 100 MPGe. Details on the Honda Accord Plug-in Hybrid were announced last week.

Although GM had expected to sell approximately 60,000 Volts since it was introduced in December 2010, it has moved just 21,500. This figure includes GM’s record-breaking August in which it sold 2,831 Volts.

In addition to its poor sales figures, Chevrolet dealers recently began leasing Volt vehicles for just $199 per month for two years. Reuters argues that this practice has further increased GM’s total loss in relation to the Volt. Specifically, drivers are paying just $5,050 to drive a car that costs about $89,000 to make.

While sales figures may be less than GM expected, it will obviously continue to sell Volts over the upcoming months and years. Consequently, every Volt sold will drive down the total losses. Also, the Reuters article does not mention any Volt vehicles that have sold overseas. In fact, over 4,000 Opel Amperas and Holden Volts have been sold thus far in Europe, New Zealand and Australia.

Tesla Contemplates A New Strategy for China Retail even As Sales Boom
Jay Leno on Elon Musk & EVs: “I Think He Should Get ... Credit"
END_OF_DOCUMENT_TOKEN_TO_BE_REPLACED