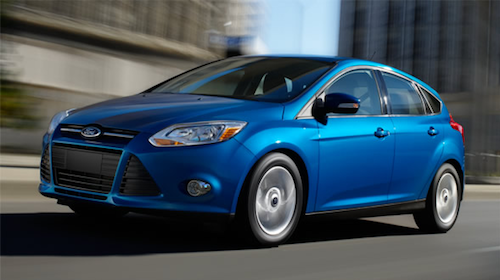 Ford has announced it will drop the price of the 2014 Ford Focus EV by $4,000, but is it too little, too late?
Advertisement

The Ford Focus EV has struggled to gain a share in the electric car market since it was first introduced last year. Ford has increased its presence at its dealerships and instituted numerous incentive programs, but nothing has seemed to help. With this in mind, Ford Motor Co. has decided to drop the price of the struggling electric vehicle by $4,000.

The move marks an about-face for the automaker, which previously stated that they would not cut the vehicle’s price tag. “We’re not going to chase down to the lowest price possible — that doesn’t make sense to erode the brand or image of the true value of the product,” said Nancy Giora, Ford’s director of global electrification to The Detroit Times in June.

Despite not wanting to “erode” the vehicle’s image, Ford will slash the price of the 2014 Ford Focus EV when it hits dealerships this summer. The vehicle’s new $35,200 base price will still be more expensive that its closest competitor: the Nissan Leaf. In fact, the Leaf EV retails for a whopping $6,000 less than the Focus EV.

Owners that do decide to purchase a 2014 Focus EV will also benefit from a $7,500 federal tax credit, which will bring the vehicle’s overall price to $27,700 and $25,200 in California, where there are additional tax incentives in place.

Ford’s decision comes roughly six months after Nissan decided to cut the Leaf’s price by 18 percent — a move that has dramatically impacted sales. In fact, Nissan sold 2,225 Leaf vehicles in June, an impressive 315.9 percent increase. Leaf deliveries in the first half of 2013 have already exceeded the sales total from all of last year. To put this in perspective, Ford has sold just 1,416 Focus EVs since it was introduced last summer.

Although Ford could experience a slight bump in sales due the price reduction, its decision not to update the 2014 Ford Focus EV will likely hinder any major success. Nissan partnered its price decrease with several vehicle updates — including adding extra cargo room on its base model and a new on-board charger on high-end models.

So what accounts for Ford’s lack of enthusiasm when it comes to the Focus EV? “My hunch is they do not want to put a lot of effort into the Focus EV,” said Michelle Krebs, senior analyst at Edmunds.com to The Detroit News. “It’s almost like an obligatory vehicle they have to have for fuel economy and image. Ford’s heart is not in this.”

To Krebs’ point, advertising for the Ford Focus EV has been relatively non-existent compared to the automaker’s hybrid lineup. It’s not entirely surprising that Ford would want to center its attention on it hybrid lineup since sales have been incredible this year. In fact, Ford surpassed its previous full-year hybrid sales record set in 2010 in just the first five months of 2013. The automaker’s lineup consists of three hybrids — the Fusion, C-Max and Lincoln MKZ — and a pair of plug-in hybrids — the C-Max Energi and Fusion Energi.