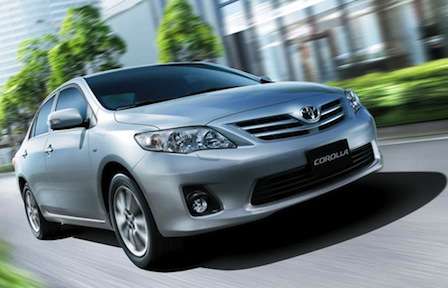 Consumers holding on to new cars for longer - Find out why

A new study by Polk has found the the average length of new and used car ownership has drastically increased since the economic-downturn in 2008.
Advertisement

A new study conducted by Polk, a leading global marketing intelligence firm, has found that the average length of ownership for new vehicles has grown to an all-time high of 71.4 months, or nearly six years. The average ownership of used cars also increased to 49.9 months. The combined average of 57 months is a 23 percent increase since the economic collapse in 2008.

So what accounts for the increase? Well, a number of factors have contributed to the increase in ownership length according to Polk. First off, the study found that America’s weak job market has contributed to consumers becoming more economical in spending habits. Secondly, prospective buyers currently have longer-term financing options at their disposal, which secures more affordable payments. Third, various automotive data indicates that new cars have become more dependable and resilient in recent years. Additionally, these newer more reliable vehicles are coming with longer warranties, which increases the rate of ownership. Collectively, these trends have contributed to the new average vehicle age, which is currently 10.8 years.

Based on their findings, Polk argues that the upward trend of vehicle ownership will continue. The reason for this is that vehicle sales will not return to pre-2008 levels of 16 million units until 2015 according to Mark Seng, global aftermarket practice leader at Polk. "Unemployment rates continue to be high, and we expect many consumers will suffer from the lingering effects of the downturn, further contributing to longer ownership trends," he contends.

Surprisingly, Polk also discovered that brand loyalty decreases the longer new vehicle owners retain their cars. Due to this fact, Polk suggests that automakers track the average lengths of ownership of their brand to establish how likely buyers are to come back.

A new survey conducted by Consumer Reports further backs Polk’s loyalty claims. The survey, titled 2012 Car Brand Perception Survey, concluded that Ford, Toyota and Chevrolet are the most popular new car brands amongst consumers, but none of them have the highest loyalty rate. This title goes to Honda, which was the fourth most popular new car brand in 2012. The four auto companies were chosen by more than half of those surveyed, illustrating a wide gap between the industry leaders and the rest of the pack.

In terms of vehicle dependability, a recent J.D. Power study demonstrates that the five most popular car brands in 2012 were Lexus, Porsche, Cadillac, Toyota and Scion. The top five was determined by which automakers had the least amount of reported problems. The Toyota Motor Corporation earned the distinct honor of garnering the most segment awards, with eight.

Frugalguy wrote on February 22, 2012 - 1:27am Permalink
With 400,000 kilometers and ZERO repairs (original exhaust system, clutch, rear brakes, air conditioning) there's no reason to replace my '96 Civic with a new vehicle. It always starts, in any weather, so the assurance of increased reliability a new vehicle would afford is not a factor for me. No new vehicle can approach my operating cost with minimal depreciation remaining and rock bottom insurance premiums. As for the increased fuel efficiency of a new vehicle, I regularly use 4.9L/100km (57MPG) with gentle driving. Similar new cars use about the same, and often more because they have more powerful engines (something I don't need/want given the fuel economy trade/off). I will eventually get a new car, but there's no incentive to do so at the present time. This could be a considerable time given a co-worker just got rid of a '86 Accord with over 1,000,000 kilometers (600,000 miles) on the odometer....also with minimal repairs.