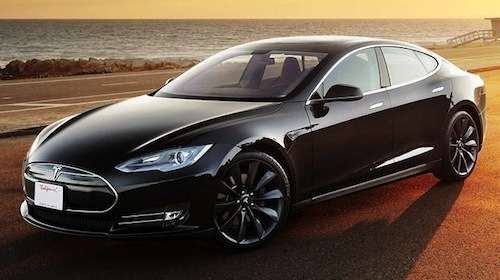 Consumer Reports: Tesla Model S is the one of the best cars ever [video]

The Tesla Model S has received a 99 out of 100 score from Consumer Reports, making it the highest-rated car on the road today.
Advertisement

So what makes the Tesla Model S so special? According to Consumer Reports, the all-electric vehicle succeeds because of the fact that it’s, well, all-electric. Due to the location of its battery – which is under the floor – the Model S possesses a superior sense of gravity, excellent handling, a comfortable ride, and a roomy interior.

The absence of a traditional gasoline engine also allows the Model S to have a spacious front trunk. Not to mention, the large luxury hatchback contains a sizable rear cargo, seating for seven, and an optional third-row jump seat.

Aside from being spacious, the Model S’ interior is also equipped with enough gadgets to please even the most tech savvy consumer. At the center of the vehicle’s dashboard is a huge 17-inch touch screen that powers the car’s sunroof, regenerative brake settings, suspension ride height adjustments, and even its Google Maps integration.

Despite all the positives, there is just one thing keeping the Tesla Model S from getting a perfect score: the fact that its does need to stop and recharge during long-distance drives. That being said, the Model S is equipped with an 85 kWh battery, the largest available. The 84-mpg electric vehicle can go between 180 and 225 miles on a charge, which is double any other electric vehicle. The Model S can be charged in as little as five hours.