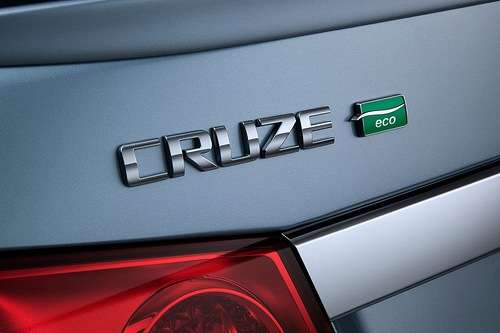 Consumer Reports examines whether fuel economy packages are worth the extra cost.
Advertisement

As you may know, automakers are increasingly offering eco-friendly versions of popular small sedan models through various fuel economy packages. In order to determine if fuel economy packages are worth the extra cost, Consumer Reports tested the Ford Focus SFE, Chevy Cruze Eco and Honda Civic HF. So how did the three vehicles fare? Not well, according to the new study. In fact, Consumer Reports discovered that eco owners would only save under $150 per year if they purchase any of the three vehicles.

First up was the Ford Focus SFE, which achieved 31 miles per gallon overall. This figure is only three more miles per gallon compared to the standard Ford Focus. Unfortunately for SFE owners, three miles per gallon only translates into roughly $145 per year in savings, according to Consumer Reports estimates. The meager yearly savings suffers greatly when offset by the cost of the SFE package, which is $495 dollars. That said it would take over three years for the optional package to pay for itself. Consumer Reports does indicate, however, that the average driver keeps their car for five years. The total savings after five years would be $725.

The Honda Civic HF managed to perform even worse than the Focus based on Consumer Reports testing. Like the Focus SFE, the Civic HF was able to produce three extra miles per gallon overall (33-mpg). Consumer Reports contends that this would render an annual savings of about $135 dollars. Although the yearly savings are comparable to the Focus SFE, the Civic HF’s upgrade costs $800. This substantial upgrade cost would leave owners in the red after the average ownership of five years.

The Chevy Cruze Eco also managed to get 33 miles per gallon overall with the manual transmission model, three miles more than its non-Eco counterpart. Luckily for Cruze Eco owners, the upgrade isn’t as expensive as Honda.

Consumer Reports suggests that prospective buyers may want to consider several non-eco sedan options, which tout similar mpg. For example the Mazda 3 Skyactiv and Toyota Corolla get 32-mpg overall each. Additionally, larger sedans like the Hyundai Sonata offer similar gas mileage compared to a Cruze Eco with an automatic transmission.

Consumer Reports tested each vehicle on their city course under typical city conditions and highway course at 65-mph.

Toyota's First EV Will Have a Name of BZ: Toyota BZ
First Videos From Inside The Boring Company's Las Vegas Loop
END_OF_DOCUMENT_TOKEN_TO_BE_REPLACED