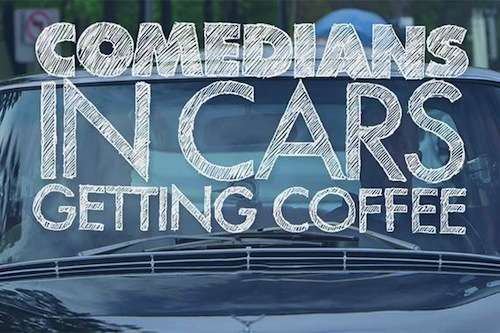 Classic cars and classic banter: Recap of Comedians In Cars Getting Coffee premiere

The debut episode of Comedians In Cars Getting Coffee, which debuted on Thursday, featured a vintage 1952 VW Bug and comedian Larry David.
Advertisement

Believe it or not, it has been 15 years since Seinfeld left the airways. Since then, the show’s co-creator and star Jerry Seinfeld has mainly shied away from television aside from appearing in several episodes of Curb Your Enthusiasm and the reality show The Marriage Ref. Luckily for fans, Seinfeld has officially made his return in all-new web series titled Comedians in Cars Getting Coffee.

The show, which debuted earlier tonight on Crackle, featured Seinfeld’s close friend and collaborator Larry David of Seinfeld and Curb Your Enthusiasm fame. The episode, titled “Larry Eats a Pancake,” involves as the show’s name implies, David and Seinfeld driving in a car to grab a coffee, then drinking said beverage. That said, it is the mundane nature of the show that makes it enjoyable.

As is true with Seinfeld and Curb Your Enthusiasm, show’s about “nothing” can actually work. In this episode the pair discuss everything from cigarettes vs. cigars, free-range chickens, tea vs. coffee and why the word “debauchery” is so hilarious. In essence, the show is just two friends having normal conversations, covering varying topics.

So how about the car? In this episode, Seinfeld drives his 1952 blue Volkswagen Bug. Seinfeld goes into some detail describing the car, explaining that it is has a split rear window, which was made out of two pieces of glass by the manufacturer to save money. The classic Bug is a 4-cylinder model, which pounds out a whopping 25-horsepower. The car also possesses a very interesting feature: Semaphore turn signals. For those unfamiliar with semaphore turn signals, it is a retractable signaling device located on either side of the vehicle, which pop out and light up.

Although Seinfeld is widely known for his affection for Porches, how does he feel driving a vintage VW? “And if like me, you feel that true humility is always in short supply, this is the car for you,” says Seinfeld on his way to pick up David.

All joking aside, Seinfeld and David have a great appreciation for the 50s era Bug, even reminiscing about how it was a popular vehicle when they were in college. Both men also comment that the Bug provides a unique view of the road that other cars just can’t provide. Interestingly, the two spot a Bugatti while driving, which is made by VW. Jerry tells David that his Bug doesn’t have a radiator and the Bugatti needs ten, to which he quips, “How is that progress?”

Depending on what you’re expecting the show will likely evoke a “love it or hate it” type of reaction. Fans of Curb Your Enthusiasm and Seinfeld will appreciate Seinfeld’s latest effort, while viewers unfamiliar with Seinfeld might be left wanting more. Automotive enthusiasts will be in for a treat each episode as Seinfeld unveils a new classic car.

So what’s the final verdict? If you enjoy idiosyncratic humor and vintage cars, this show is for you. Also, keep in mind, that the episode clocks in at just less than 14 minutes, so this is not your typical full-length show.

If any of this sounds intriguing, check out Comedians In Cars Getting Coffee now playing on Crackle. Stay tuned for episode two, which premiers on August 2.