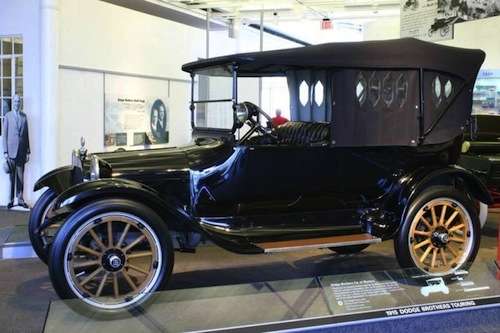 Chrysler Museum shuts its doors, what happens to rare collection?

Aside from announcing the closure of the Walter P. Chrysler Museum, Chrysler has also revealed the fate of the museum's collection and whether fans will be able to view the vehicles again.
Advertisement

Chrysler has announced that it is closing it historic museum located in Auburn Hills, Mich., at the end of this year. Named after the company’s founder, the Walter P. Chrysler Museum is presently home to 67 vehicles, showcased on three floors. Aside from classic Chrysler models, the museum also contains various Jeep and Dodge vehicles, as well as former brands like Rambler, Hudson, American Motors, Plymouth, DeSoto and Willys-Overland.

So what will happen to the museum’s vast assortment of vehicles? According to a museum press release, Chrysler Group LLC will purchase the collection. Proceeds from the acquisition along with Walter P. Chrysler Museum Foundation’s cash reserves will be relocated to the Chrysler Foundation.

Chrysler enthusiasts need not fret because the automaker has already announced plans to make the collection accessible for future public viewings. “Chrysler will continue to share its automobile heritage housed at the Museum with the public during special exhibitions,” said Brian Glowiak, President of the Walter P. Chrysler Museum Foundation.

Opened to the public in 1999, the Walter P. Chrysler Museum was the first on-site museum built by a U.S. automotive company, according to Chrysler. The 55,000 square foot museum consists of three stories, which covers 10 acres of the Chrysler Headquarters Complex in Auburn Hills, Mich.

The museum’s most recent exhibit “Cars, Trees & Traditions” will be on display until December 30, 2012. The demonstration showcases 23 evergreen trees adorned with authentic ornament from throughout the 20th century. Each Christmas tree display is paired with Chrysler vehicles, highlighting how holiday customs and automotive traditions have evolved over the past 100 years. The exhibition also features vintage ads, images of popular toys and historic holiday photographs, courtesy of the archives of Wayne State University’s Walter P. Reuther Library.

Fans can still visit the museum until the end of December. Hours are Tuesday through Saturday 10 a.m. to 5 p.m. and Sunday noon to 5 p.m. General admission tickets are just $8 for adults, $7 for seniors, and $4 for children.

Elon Makes a Cybertruck Statement With an Action, But Quiet in Words
Tesla's Record Month in China: Doubled Registrations in March 2021
END_OF_DOCUMENT_TOKEN_TO_BE_REPLACED