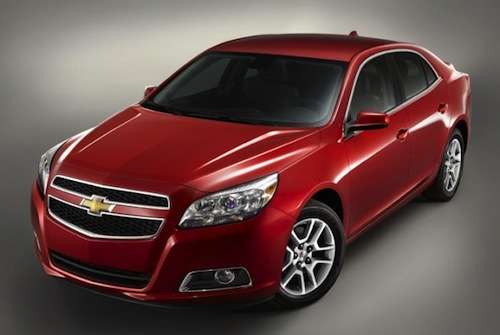 Chevy Malibu Eco: Most detested car of the year?

Fortune Magazine has named the 2013 Chevrolet Malibu Eco as the "most disliked car of 2012," based on its numerous unfavorable reviews.
Advertisement

The 2013 Chevrolet Malibu Eco has just received the top prize in a contest that no automaker wants to win. Fortune Magazine has recognized the Malibu Eco as the “most disliked car of the year” so far. The once highly anticipated vehicle has received lukewarm reviews at best, according to Fortune and compares poorly to each of its competitors in the midsize sedan segment. The magazine made its decision based on countless reviews and test-drives dating back to December 2011.

Although the Malibu Eco may have initially earned cachet due to its claims of better fuel economy and technical innovation, the vehicle has never lived up to its promise, says Fortune. The vehicle’s expectations were especially high because it was the first Malibu to be sold globally. That said, Fortune contends that most analysts wanted to like the car, but simply could not overlook its countless faults.

The negative press first began in December of 2011 at the hands of The Truth About Cars, who concluded, “The Eco isn’t terribly fuel efficient, and also certainly isn’t a driver’s car.” The review also stated that the Eco failed to stand up against segment rivals such as the Ford Fusion and Toyota Camry.

A sign of what was to come; the late 2011 review was followed by numerous unfavorable critiques of the Eco earlier this year. In March 2012, Car and Driver slammed the Eco for its “claustrophobic cockpit,” which was reminiscent of “driving in a pillbox.” Reviewer John Phillips’ commented that driving the Eco was like “attending AA meetings to cure an addiction to Betty Crocker rum cakes.” Car and Driver’s unkind review was followed by similar sentiments from AutoBlog and the New York Times among others.

According to Fortune, the underlying theme of the unflattering reviews is that the Eco simply cannot compete with the vehicles in its class. Not only does the Eco fail when placed against the Camry hybrid in terms of gas mileage, but it also cannot compete with its fellow Chevy models. In fact, the Chevy Cruze, which is cheaper than the Malibu Eco, offers superior fuel economy.

In its defense, a Chevrolet spokesperson told the magazine, “Like other recent Chevrolets, the Malibu is competitive in its segment and will become increasingly competitive with the addition of the 2.5 liter engine and turbo engine later this year.”

Despite Chevy’s assertions, Fortune argues that the automaker has been indecisive over recent years, while competitors like Toyota broke new ground in the hybrid segment. With this in mind, Fortune concludes that the Eco has fallen short of expectations, making it the “most disliked car from the first half of 2012.

What do you think? Have the reviews been too harsh or are they justified?

Biff wrote on July 16, 2012 - 1:04pm Permalink
You DO realize that "disliked" and "detested" have different meanings, right? Horrible headline, but it will probably get you attention, so job well done.