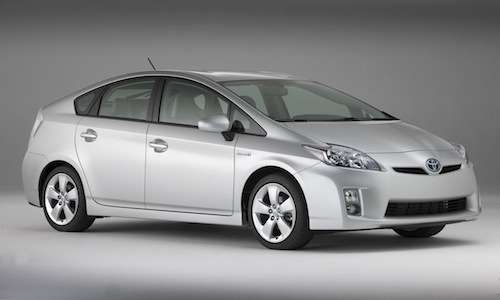 The nearly 300 Toyota Prius vehicles, which cost Miami Dade taxpayers $4 million, were parked in a lot for six years.
Advertisement

People misplace personal items all the time. Whether it’s a pair of keys or even a cell phone; it happens. But what about being unable to find nearly 300 automobiles? As absurd as it may sound, officials in Miami-Dade County recently discovered 298 never-before-used Toyota Priuses. Officials found the fleet of electric vehicles after having learned of them via El Nuevo Herald, a Spanish language newspaper in South Florida. The majority of the cars had little to no miles on the odometer and possess original eight-year factory warranties. The vehicles in question were purchased in 2006 to the tune of $4 million dollars in taxpayer money. Due to the public and media onslaught, which was soon to follow, county officials immediately rushed 123 of the Priuses into circulation.

Although Toyota issues hybrid warranties up to eight years or 100,000 miles, the untold damage of being parked for six years is unlikely to be covered. Officials have not divulged the condition of the vehicles, but they have likely experienced rusting due to being parked in a hot and humid car lot for so long. Also, extensive damage may have occurred due to the unused hybrid powertrain. The vehicles were parked in a parking building at 2100 41st Street Northwest in Earlington Heights.

Since losing 298 cars is not an everyday occurrence, an investigation is ongoing to determine how this fiasco happened. Miami-Dade County Commission President Joe Martinez, who is running for county mayor, launched the investigation on Thursday. Martinez spoke of the incident calling it “outrageous.” He went on to say, "These new vehicles were bought out of control package and were stationed in a building for years. This is not the first time it happens. So you have to investigate this case and determine exactly what happened so it does not happen again" according to El Nuevo Herald.

Though not confirmed, it is believed that the Priuses got “lost” during the recall and ultimate ousting of Mayor Carlos Alvarez. Interestingly, Alvarez was dismissed from office due to the belief that he was responsible for multiple counts of misappropriated funds.

Despite being discovered this week, Commissioner Javer Souto disclosed that a county employee informed him of the vehicles and their condition in 2010. It is not yet known why is took so long to investigate the employee’s claims, but more news will certainly trickle out in the upcoming days.

Leland wrote on May 4, 2012 - 12:00pm Permalink
I am very interested in what they will do with the cars. Is it possible they will sell some of them ?

LG's New EV Battery Plant Is a Welcome News for Tesla
Tesla Giga Berlin's New Hurdle: It's Not Only the Gov't, but Now Tesla Itself
END_OF_DOCUMENT_TOKEN_TO_BE_REPLACED