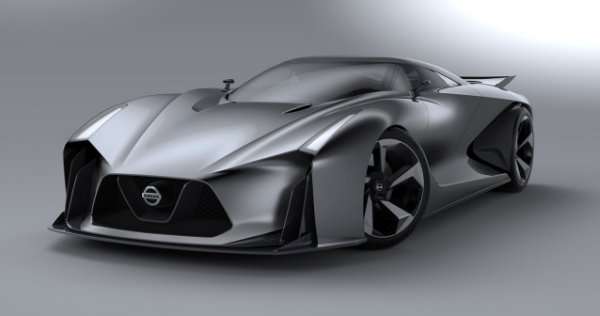 When Can We Expect a New Nissan GT-R?

The Nissan GT-R, in its current format, entered the U.S. in 2008. When will it be redesigned?
Advertisement

The Nissan GT-R saw a slight redesign for 2015, with a few package changes and some much-needed interior upgrades along with a few performance tuning changes. It's still a 545 horsepower domination machine, of course, worthy of the Godzilla name.

Nissan, however, has been undergoing some aggressive product cycling to upgrade their image and better compete both here in the U.S. and globally. Most of their vehicles have seen a redesign within the past three years. Those that haven't, such as the Frontier pickup truck, are expected to see a redesign very soon (for the Frontier, we'll likely seen an unveil later this year).

Yet the GT-R has been largely the same since 2008. When the Vision GT Concept (pictured above) unveiled to wowed crowds before entering Gran Turismo 6, it was believed to be the conceptual vision for the next-generation GT-R. There have been rumors that we'd see a new GT-R as early as next year, but those were pretty tenuous and few believed them to be anything but forum fodder.

With the GT-R heading into its seventh year, though, fans are wondering. Anything past five years for a supercar is verging on being renamed Methusela in enthusiast circles. Seven years is quite a stretch and if the new rumors are correct, ten years might be some kind of record for longevity.

Yes, ten years. Where does this latest rumor come from? Well, it's not so much rumor as it is well-founded speculation. Nissan's chief creative guy, Shiro Nakamura, would be the one who'd be most apt to know where the company is in terms of design to build a new car. When the British magazine Top Gear got the chance, they asked him point-blank when we can expect to see a new Nissan GT-R.

"2018 at the earliest," was the response. He also clarified that renderings floating around the Web aren't even close to the new design they're (apparently) aiming for. Which would mean that the above Vision GT is nowhere near the planned look for the new GT-R. This would make sense, as the new Godzilla will most likely look very familiar to current GT-R fans rather than become some kind of whispy futurecar Euro-ripoff. No offense, Ford.

Nakamura further dashed GT 2020 design hopes by noting that the Gran Turismo 6 car is a mid-engine virtua-beast and the GT-R will remain front-engined. He did say that some front-end and rear-end design elements could appear in the new Godzilla. Being a designer, of course, he could mean either direct copies of them or vaguely similar in a sort of "tilt your head sideways and squint" kind of way.

Top Gear extracted confirmation that the new GT-R will also be a hybrid.