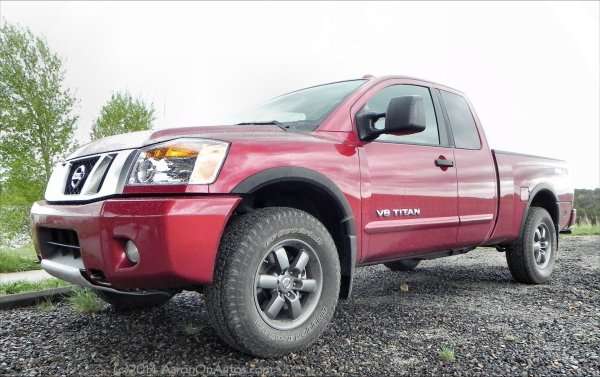 What to look for in the 2015 Nissan Titan

In its last year before a full revamp, here is what you can expect out of a 2015 Nissan Titan pickup truck.
Advertisement

This first generation of the Nissan Titan has been around for quite a while. It's a good combination of strength, durability, and capability, but it's become long in the tooth. For its last year of production, though, the Titan will see many updates before the next-generation rolls out as a 2016 model. When the new model debuts in Detroit come January, a lot of new interest in the Titan will be stirred, likely making 2015 a great year for the Titan. Especially with the new 2015 model entering showrooms in November, just before that unveil.

The 2015 Nissan Titan will retain the King and Crew Cab body styles in both four-wheel and two-wheel options. Bed lengths will also stay the same, though the long wheelbase option will no longer be available. The well-proven 5.6-liter V8 and five-speed automatic will still be there. Some new package trim options will be had, though. Trim levels will be S, SV, Pro-4X, and SL along with new color and interior changes.

So what cool things can we expect to see in the 2015 Titan?

To start with, trim levels are changed somewhat to better appeal to entry-level and workhorse commercial buyers in the SV Value Truck Package and SV Utility Package options. For the consumer, the higher-end SV Premium and Pro-4X packages will remain. The Pro-4X can now be had in either a Premium Utility Package or a Luxury Package.

The interior door panels and materials are changing - something that many have noted should be upgraded. This should help bring the 2015 Titan closer to the offerings from competitive trucks on the market before its 2016 revamp. Lumbar support in the driver's Captain Chair option has also been added.

Something that is really good to see, though, are added exterior color options. Two new colors, Arctic Blue Metallic and Magnetic Black, will be available, replacing the ill-selling Graphite Blue and updating the popular Galaxy Black color schemes. Incidentally, the new Arctic Blue Metallica will also appear on the Frontier midsize pickup.

Overall, while changes are minimal, they are functional and will help keep the 2015 Nissan Titan on track for the much-needed upcoming revamp and upgrades coming with the 2016 model year unveil in January.