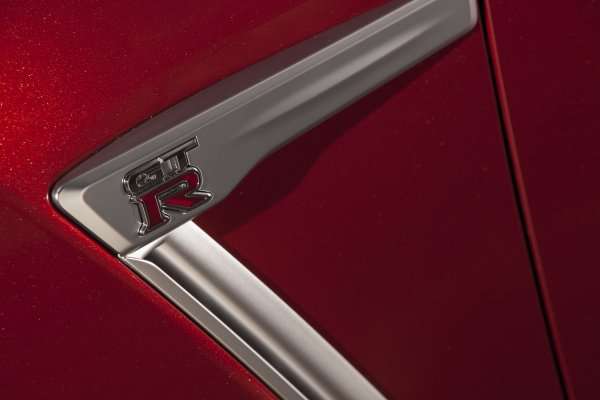 We know a lot about the new Nissan GT-R coming in 2016 thanks to the late Japanese release of the car. Here's the skinny.
Advertisement

Thanks to the delayed release cycle in Japan, we get to see a look at what's going on with the future of the car going forward. The 2015 Japanese-spec GT-R just went on sale and from it, we can derive the changes coming for the 2016 U.S. model, which will hit the streets in the second or third quarter next year.

Suspension and steering are the biggest changes coming. The damper rates for shocks and ECU settings make the new Nissan GT-R more stable in hard corners yet milder on the straights. We saw these changes on the NISMO model, but the Japan-spec 2015 GT-R has even more adjustment, allowing for a better everyday ride without sacrificing the high-G turn capability of the car.

Steering dampers were also adjusted, which nearly eliminates the wheel rattle felt when the car is idling. This also allows the GT-R to absorb more of the road without the driver having to make steering adjustments, which creates a lot of fatigue.

Braking has also been modified with adjusted pads and shims that reduce brake noise and improve control.

The tires featured on the new Japanese GT-R may or may not come to the U.S. but are likely a harbinger of what will be cladding the wheels of the 2016 GT-R. These new skids have an updated inner structure to give better stability and more give on rough roads.

Clearance from the transaxle to the driveshaft is tighter, reducing vibration, and bearings in the flywheel housing were replaced to reduce it even more. Furthering that, a new type of carpet weave is in the trunk, adding more sound-deadening from the road.

The engine management system is slightly re-tuned, though not to gain power. It is instead adding a sliver of raised economy by tweaking the fuel:air and throttle response. No performance numbers have adjusted from this.

The takeaway is that the changes are subtle, but show Godzilla's continuing evolution. Expect the NISMO and Track Editions to continue to be offered as well, as the latter was just added to the Japanese lineup.

Jason sinclair wrote on December 16, 2014 - 6:17am Permalink
Proud to drive Nissan i own one upgrading would be nice to GT-R would be mine blowing .