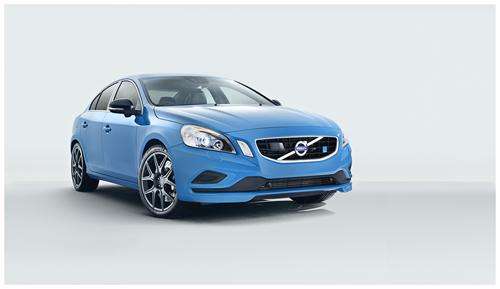 The Volvo S60 Polestar performance concept unveiled in LA is headed for the production line. The limited production run will be exclusive as a pilot project.
Advertisement

After 17 years of motorsport experience in the Polestar name, the Volvo S60 Polestar Concept Car (detailed here) is going to limited production with Australia as a pilot market.

When the S60 Polestar first debuted in LA, it was a breathtaking 508bhp monster.

"We have built a car that we, as car enthusiasts, want to drive," says Christian Dahl, Managing Director of Polestar. "This is a driver's car, bringing out the very best of the already competent Volvo S60 chassis with our experience and technology from motorsport.

"We received a fantastic response to our Volvo C30 and S60 Polestar concept cars, so we are very happy to now introduce our first production car to the Australian market. This is an important step forward for Polestar, one that promises an exciting future."

The limited production run has begun and will have the new Volvo S60 Polestar in showrooms in Australia in late June. Response from the Aussies will determine whether more production will be made and further markets explored. Australia was chosen because it is a good-sized market for Volvo and its performance car market is very strong.

The production version of the S60 Polestar has a 0-100km/h (0-62 mph) time of just 4.9 seconds with its tuned six-speed automatic transmission and launch control system as well as its Haldex 4WD system, also Polestar-tuned. Top speed for the car is 250km/h.

The engine is a 6-cylinder inline T6 at 2953cc, outputting 350bhp at 5,700 rpm - a far cry from the monster of LA. Still, performance tuning at 500+ Nm of torque at only 2,800 rpm is impressive thanks to the Borg Warner turbo and intercooler. Polestar aerodynamics improvements and trim additions give both eye-catching singularity to the car and improved performance. Polestar has not announce pricing.