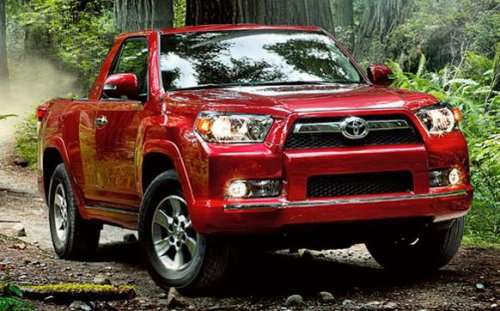 Toyota has announced North American pricing for several of its most popular models, including two under the Scion nameplate. Most are seeing slight increases from 2012, but several are still under $20,000.
Advertisement

Toyota Motor Sales USA has officially announced pricing for several of its top-selling models. Many are seeing a slight price bump from last year, but most are still under the $20,000 mark. The following MSRPs do not include destination fees and become effective at start of production for North American models (most begin in August).

2013 Corolla
The 2013 Toyota Corolla compact sedan is one of the hottest-selling models in Toyota's lineup. Several minor enhancements include a new front grille design, an upgraded Display Audio system, and more connectivity. The Corolla is available in three grades.

The base model, or L grade, with a 5-speed manual transmission starts at $16,230. The S grade has a 4-speed automatic and standard Display Audio connectivity starting at $19,060. These are a 1.3% price increase (about $239) from 2012 MSRPs. The LE grade with its chrome accents and top-line audio system was not given a price point.

2013 Matrix
Another popular seller in the compact line from Toyota, the Matrix has two model grades and two powertrain options, including all-wheel drive (AWD).

2013 Sienna
The popular minivan sees several additions during its mid-cycle update. The poor-selling 4-cylinder engine option is gone, leaving only the 266 horsepower V6 as its lone power plant. The AWD option is retained, however, continuing to mark the Sienna as the only vehicle in its class to have that option. Several additions to each grade raise prices by an average of 1.4% or $466.

MSRP starts at $26,450 for the base grade in 7 passengers and a 6-speed automatic transmission up to $41,240 for the top-line Sienna AWD Limited with the same 6-speed auto trans.

2013 Tacoma
The Tacoma compact pickup is one of the best-selling compact trucks in the American market. All models now include Display Audio as standard while the Double-Cab and PreRunner models will offer a new Limited Package with high-tier interior refinements. The TRD Sport package has been discontinued for 2013. Average increase in MSRP is only 0.6% ($150) year-on-year.

2013 Scion iQ
After its debut last year, the iQ will see several options become standard, including the under seat auxiliary tray for the passenger's seat, the rear deck box cover, and rear speakers all become standard equipment. MSRP has increased 0.8% for all this, to $15,385. Production in Japan for 2013 MY iQ cars has already begun.