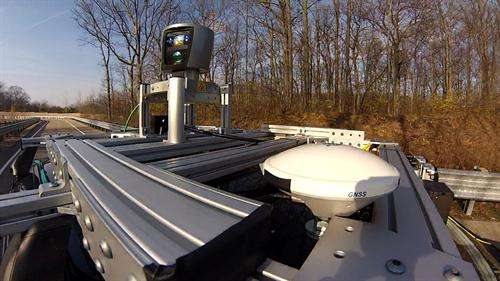 Toyota and Lexus will show off autonomous tech at 2013 CES

The 2013 Consumer Electronics Show will have Toyota and Lexus showcasing the latest in automated driving technologies.
Advertisement

Toyota and Lexus will be holding a press conference at the Mandalay Bay in Las Vegas, Nevada on January 7, heralding not only the start of the 2013 Consumer Electronics Show, but also showcasing the company's work towards autonomous driving technologies.

The world's premier consumer electronics expose has increasingly attracted automakers showing off their wares as cars become more and more a part of our always-on, connected lifestyles. As the line between car and computer blurs, so to does CES become less about gadgets and more about autos.

Toyota will be showing off the ultimate in automotive gadgetry - cars that can literally drive themselves.

The company will reveal it's latest advanced active safety research vehicle and Lexus Group Vice President and General Manager Mark Templin will discuss the North American based autonomous technologies program. The systems in the latest test vehicle are designed to explore the use of automated driving tech in high-level driver assistance systems. All as part of Toyota's Integrated Safety Management Concept.

Intelligent Transport Systems is another offshoot of this program, focused on vehicle-to-vehicle and vehicle-to-infrastructure (V2V and V2I) communications technologies. Several companies, including Volvo, Ford, and others are researching along the same track with much of that research being focused concurrently in California, Nevada, and Switzerland.

On display during CES, starting January 8, will be both the Toyota Integrated Safety Management test bed vehicle and the 2013 Lexus LS, which features the most advanced active safety devices Toyota has put to market so far.