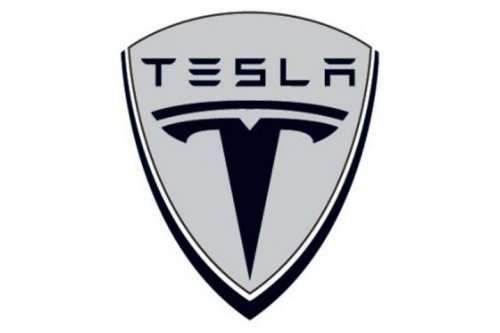 Tesla Motors CEO Elon Musk has announced that the company will reveal preliminary designs on their next in-house vehicle, dubbed the Model X. This car will follow the soon-to-release Model S as the company's second vehicle design for market. The vehicle will be an SUV-type model and will be unveiled at an event on February 9.
Advertisement

The Model X was first hinted at in paperwork from Tesla when they first filed for their initial public offering (IPO) last year. That filing said that the company would reveal the car sometime in late 2011. When that did not happen, investors demanded an explanation and Musk said that a full announcement would come at the company's next investor conference call. That call was conducted today (Tuesday, Jan 17).

The car will be unveiled at the company's planned media and investor event on February 9 at the Tesla Design Studio in California. The Silicon Valley-based company will showcase the new "revolutionary SUV segment design" of the Model X and give details on its plans for the continued design, development, and production of the vehicle.

The plans for the X are to incorporate the functionality of a minivan and sport utility with the company's proprietary electric powertrain. Much of the research for the X's power train refinements is likely happening now thanks to Tesla's contract with Toyota to convert several RAV4 SUVs to electric drive. Further deals with Daimler and others are refining the company's battery models and supply chain.

Musk has previously set a target date of 2014 for the Model X's market release, likely as a 2015 model year offering.

Tesla as a company seems to be doing well, by the conference call's accounts. The company has sold out of its planned production run for the Model S Signature edition and is planning to begin a waiting list for orders on its next production run, which would not be made until late this year or early 2013. This comes ahead of the official rollout plans for the Model S in July of this year.

The CEO says that the late-2011 reveal for the Model X was postponed in order to provide better timing for the event. The company is planning to do a stand-alone reveal rather than at a car show or other traditional venue. This is could obviously create more buzz about the vehicle and Tesla free of the interference of other debuts, much in the way Steve Jobs did for Apple products.

Lastly, the February 9 event will include some limited test rides for attendees, but will not include test drives, which will be reserved for further down the development path of the vehicle. The reveal will be the first prototype of the Model X and not a finished vehicle, he stressed.

Nicolas Zart wrote on January 18, 2012 - 12:07pm Permalink
I've always wondered why Tesla would want to go the SUV route for two reasons. SUV have an added weight that so far current battery technology will have a hard time getting performance out of it. Most likely Tesla Motors will used a modified version of the Model S and "crossover" it. Second, it's very risky business for a new company associated with a fun performance Roadster to dabble with an SUV. SUV are slow, heavy, even with the best engines are still what they are big cars/trucks. I feel Tesla is trying to tap into what it feels the market wants... SUVs. I wonder about that, since the recession has been official, sales of SUVs and pickup trucks have gone down. It will be interesting to see how the public reacts to it.