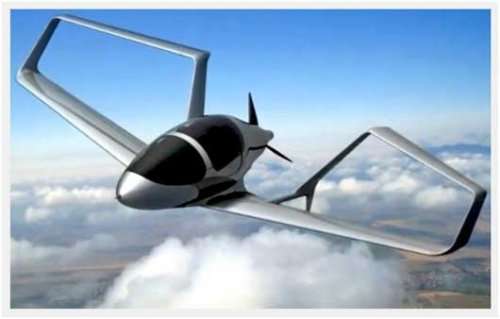 The Synergy Aircraft offers better fuel economy than most cars

Having undergone flight tests, the Synergy craft has shown that it's capable of 40mpg.
Advertisement

Ever wish you could just fly to work? Or take a road trip without roads? Or maybe go on vacation and not bother with the hassle of passenger airlines? Think those ideas are too expensive or George Jetson for you?

The Synergy is a new aircraft design being tested by the Experimental Aircraft Association. Team leader John McGinnis thinks that the plane will have a huge market for both purchase/lease and rentals.

The company has already produced a scale model of the plane (1/4) for initial flight testing and it's done very well. The scale shows that at full size, the Synergy would get about forty miles to the gallon, equivalent to the highway efficiencies of today's compact sedans.

The Synergy first appeared in the 2011 Green Flight Challenge at NASA. Since then, it's been undergoing development and has begun seeking investment through crowd-sourced funding at Kickstarter.

The plans for the Synergy include building a full-scale prototype to use for FAA approval testing as an experimental and then thoroughly vet the aircraft for commercial production and sales. The team is aiming for a flight speed of over 100 miles per hour (up to 450, the final speed being determined by fuel efficiency and propeller size) with a total range of 500 miles, all while seating five people.

The airplane doesn't use conventional aircraft fuel either. That efficient MPG is on biodiesel thanks to the Delta Hawk diesel power plant being used. The secret to the Synergy is its unique "box tail" shape, a design that cuts back on aerodynamic drag - a factor which slows most conventional aircraft.

So far, the Synergy team has raised over $36,000 of its $65,000 funding goal through Kickstarter, which is the amount needed to keep the project going until September when another round of funding will begin to pay for the production of the prototype.

Anonymous wrote on May 28, 2012 - 11:58pm Permalink
If this was "electric" powered I would invest every spare dime to my name. Electric flight is definitely the future. Why not go all the way?
Aaron Turpen wrote on May 30, 2012 - 12:51pm Permalink
Electric flight is a POSSIBLE future for SMALL aircraft.
R. Paul Anderson wrote on May 31, 2012 - 1:37am Permalink
Who doesn't think gasoline will be $10 a gallon in 8 years? $20 by 2013. This aircraft is absolutely innovatively ingenious, and an indisputable shape of what things could become, but without the elimination of those who would enslave the world, aerodynamics of this design will never see the light of day. Oil powers this world, and with the rising prices of gasoline each, and every single year aviation will never be given the opportunity to give the majority of our civilization what it could have. The "Bilderbergs"/ Free Masons/ Illuminati will make absolutely sure of it. Private Aviation is a dream of the "Middle Class', and the criminals who run the world are totally focused on eliminating the "Middle Class" once, and for all time to come.