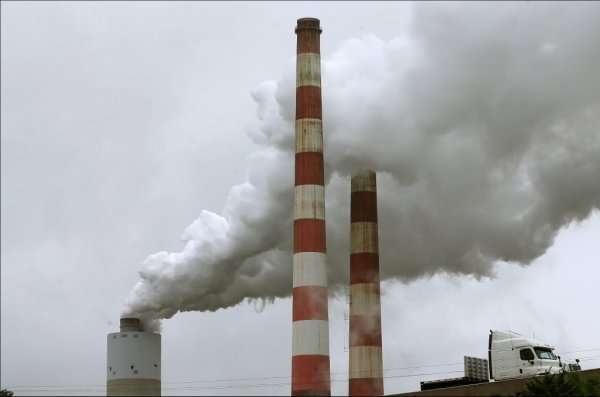 An Indiana University study questions the validity of the EPA's measurement of cost-effectiveness and lives saved by new regulations.
Advertisement

The U.S. Environmental Protection Agency estimates that its air pollution regulations save thousands of lives every year. Researchers at Indiana University, however, say that those estimates are uncertain and a lot less accurate than might be expected. In a new open-access paper, they call to question the methods used to arrive at the EPA's estimates of cost-effectiveness and potential lives saved.

Researchers included Kerry Krutilla, David H. Good, and John D. Graham of the Indiana University School of Public and Environmental Affairs as well as several graduate students. They analyzed the costs and expected life savings of nine air quality regulations issued or promulgated between 2011 and 2013 that targeted stationary source emitters. Most of these regulations regarded standards for hazardous air pollutants.

"Regulations issued exclusively by the EPA account for 63%-82% of the total monetized benefits of all federal regulations, and 45%-56% of their total costs, with regulations having a primary or significant goal to improve air quality for 98%-99% of these benefits," the paper says about its chosen items for analysis.

Given the literature regarding exposure to fine particulate emissions and mortality risk, the authors state, the amount of life savings due to regulations for restrictions on these emissions is questionable. Restricting fine particulars accounts for about 90 percent of the EPA's life saving benefits analysis assumptions, but, the paper contends, there is no accepted consensus on exposure levels to many of these particulates being regulated. This creates uncertainty about the EPA's claimed benefits for new regulation.

The researchers ultimately estimate that the lives saved from the regulations they targeted range from zero to 80,000 per year. The EPA's estimate is that regulations of the same period are comparable to the 80,000 number, but the EPA does not mention the possibility of no lives saved. If the cost benefits are near zero in lives saved, all of the EPA regulations studied would be non-beneficial compared to their economic costs.

"The results show that the cost-effectiveness ratios exhibit considerable uncertainty individually and also vary widely across regulations. Within a simulated 90% confidence interval for the gross cost per life saved, for example, there is both the possibility that benefits from lifesavings alone are sufficient to cover the rules’ costs and the possibility that no lives will be saved and cost-effectiveness ratios will be infinite. The wide ranges for the confidence intervals suggest the need for better information about the effects of fine particle exposures on mortality risks."

Tesla Contemplates A New Strategy for China Retail even As Sales Boom
Jay Leno on Elon Musk & EVs: “I Think He Should Get ... Credit"
END_OF_DOCUMENT_TOKEN_TO_BE_REPLACED