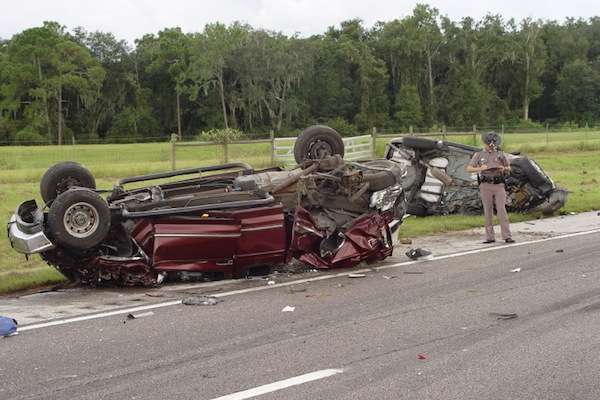 An international research study that examines the safety performance of cars in the United States versus those in the European Union found a lot of key differences. Some may be due to regional effects, but many are likely due to regulatory differences.
Advertisement

In the first side-by-side comparison of predicted risk for EU-regulated and US-regulated vehicles strengths and weaknesses in both regulatory environments were found. The EU, for example, has fewer risks from injury in frontal crashes whereas the US has fewer risks in rollovers. The study was a collaborative effort between universities in both Europe and the United States. The study was carried out as part of the underlying negotiations in the Transatlantic Trade and Investment Partnership (TTIP) agreement.

A potential barrier to trade in automotive would be the differing safety standards set in the EU versus the US. Currently, tests are conducted separately and at great cost to the manufacturer and is part of the impetus behind many makes having separate names for the same model in differing regions of the world. Under TTIP, as proposed, a vehicle built for the European market would have to be accepted as-is in the United States for road use. A longer-term goal of the TTIP is to negotiate common standards between the two entities. This study is the first part of that.

The study was conducted by the University of Michigan Transportation Research Institute (UMTRI), the Safer Vehicle and Traffic Safety Centre at Chalmers University of Technology (Sweden), and was coordinated by the Centre Europeen d'Etudes de Securite et d'Analyse des Risques (CEESAR) in France as well as the Transport Research Laboratory (TRL) in the United Kingdom.

To compare risks, the researchers analyzed several US and EU crash data sources using three statistical approaches in order to "triangulate" evidence in both crash and injury risk. Analysis into crash avoidance and specific safety items on vehicles were included. The study used statistical analysis to separate risk from exposure in order to mitigate environmental causes as much as possible. This was done in order to boil the results down to the risk of injury in a crash type ("crashworthiness") and to analyze how crash avoidance technology may change results.

"For the crashworthiness analysis, we represented risk (of injury in a particular crash) using a statistical model that could be applied to different environments. For crash avoidance, we selected a crash subpopulation and control crashes to adjust for any exposure differences between the EU and US. For both crashworthiness and crash avoidance, the comparison of injury risk given a particular set of crash characteristics, respectively the comparison of crash involvement, was then argued to be driven by differences between the vehicles themselves," said the study authors.

The results are that the overall risk of injury in front-side crashes in Europe are lower than for those in the United States, even when accounting for seat belt use. Rollovers, however, are generally less injurious in the United States, which has a higher rollover protection requirement than does the EU. Pedestrians in the States are also less likely to be injured in a crash, possibly due to the brighter headlamp requirement in the U.S. and the higher prevalence of daytime headlight use. Finally, driver-side mirrors in the EU seem to correlate with lower driver-side lane-change accidents.

Going forward, the group would like to see the results replicated in further studies and to remove any lingering artifacts that could be affecting the study's results. More evidence pinpointing specific vehicle safety standards or technologies and crash results are also required to move forward in treaty negotiations.