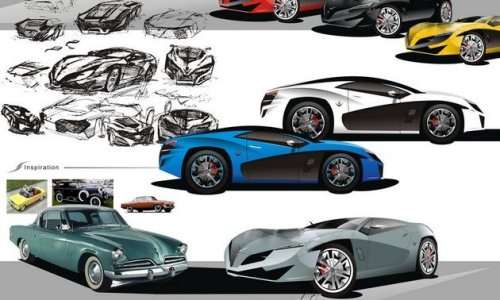 A Studebaker future is sought

Every year, designers young and old envision the Studebaker of the future, keeping this iconic automaker alive, even if only in dreams.
Advertisement

Studebaker shut down operations in 1966, closing its South Bend, Indiana plant. Its last production design was the Avanti, which we highlighted recently. Just because the innovative and iconic carmaker closed up shop, though, doesn't mean it's dead and gone.

The Studebaker National Museum continues on, showcasing the company's cars, high-tech (for the time) designs, and more. Every year, an annual design contest brings designers from around the world in to showcase their vision of what Studebaker's vehicles would look like were it still building cars.

The contest began in 2009 as part of a Future of Studebaker exhibit at the museum and museum archivist Andrew Beckman says that the contest receives 20 to 40 entries a year from local schools and amateur designers around the nation and the world. Some designers are old enough to have actually seen Studebakers rolling out of the factory.

Contest entries are grouped by age for judging. Winners this year include Zane Exner of South Bend, Indiana for the 11-and-under award. Joshua Bowman of Franklin, Indiana won the 12-16 age group, and Jacob Lovins of Cincinatti, Ohio won the 17-20 year old category. For 21-and-up, Stefan Stojiljkovic of Petrovaradin, Serbia took the win.

Winning designs were based on such classic Studebaker cars as the instantly-recognizable Champion with its bullet nose and "pillbox cabin" and the beautiful Commander Starliner Coupe. The latter was called a "work of art" in an accolade from the Museum of Modern Art. And deservedly so.

Stojilikovic, whose design based on the Starliner won, says he plans to try his hand at a futuristic Avanti next. Can't wait!