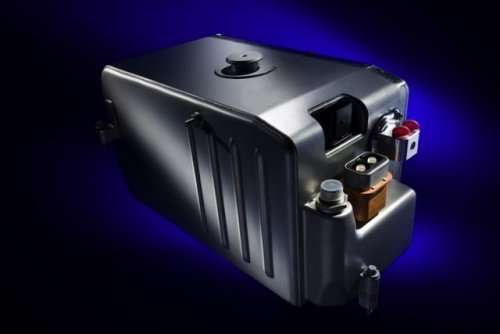 A new paper from research professors at Carnegie Mellon University, Arizona State University, and an engineer at the RAND Corporation says that subsidies and policies targeting plug-ins with small battery packs would produce more benefits at lower cost. Contrary to current policies and subsidization schemes.
Advertisement

The paper by Associate Professor Jeremy J. Michalek of Carnegie Mellon University, Assistant Professor Mikhail Chester of Arizona State University and Constantine Samaras of the RAND Corporation will publish in the summer issue of the journal Issues in Science and Technology and is based on an earlier study by the authors regarding electric vehicle adoption strategies.

"...existing and proposed subsidies provide larger payments for vehicles with larger battery packs. Larger battery packs enable vehicles to displace more gasoline, so at first glance one might think that subsidizing larger battery packs is better for the environment and for oil security. But large battery packs are also expensive; the added weight reduces efficiency; they are underused when the battery capacity is larger than needed for a typical trip; they have greater charging infrastructure requirements; and they produce more emissions during manufacturing. Whether larger battery packs offer more benefits on balance depends on their net impacts from cradle to grave." -Michalek et al, 2012

This latest study builds on an earlier study the researchers published in Proceedings of the National Academy of Sciences last year. That research quantified the lifetime external costs of electric vehicles, including greenhouse gas emissions, human health effects, agricultural and infrastructure affects, etc. as compared to conventional combustion engine vehicles. The study found that both electric and ICE vehicles produced thousands of dollars in damages, per vehicle, in their lifetimes and that plug-in vehicles could only modestly reduce those costs - at a rate much lower than the $7,500 federal rebate offered for them. Their contention is that the production of the batteries, electricity to fill and refill them, etc. are higher for plug-ins than previously thought.

The paper says that increasing battery size has diminishing returns, so subsidizing a car like the Chevrolet Volt (16kWh, $7,500 rebate) at a higher rate than a Toyota Prius Plug-in (4.4kWh, $2,500 rebate) makes little sense when considering gasoline displaced and emissions reduced.

"In fact, when we consider US driving patterns (many short trips, where the larger battery is only dead weight), US average emissions from battery and electricity production, and the other factors described above, the small 4.4-kWh battery actually has more net benefits than the larger 16-kWh battery." -Michalek et al, 2012

Even in a best-case scenario wherein the larger battery pack is charged from a completely renewable, near-zero-emissions source, the returns are only slightly greater as compared to a smaller pack and are not double or triple as the subsidies would suggest.

The study calls for lowering the subsidy to $2,500 for all electric vehicles, regardless of battery pack size, which would more than triple the potential air emissions and oil displacement benefits of the vehicles subsidized in total as compared to the current policy. They note that future changes in battery chemistry and composition may have larger benefits at lower cost, but these changes could take decades to realize and public policy is generally near-term in scope.

Lindsay wrote on July 27, 2012 - 11:27pm Permalink
This study is based on a false premise. The objective of the current incentives is to spur the development of new battery technologies. To do so they need to create a market that justifies the private sector R&D spending that is needed to create new battery technologies that won't have to be subsidized. The idea that the end goal of the program is to lower the emissions on the tiny number of current technology cars that incentives apply to is just ludicrous. The final paragraph is just astounding, "They note that future changes in battery chemistry and composition may have larger benefits at lower cost, but these changes could take decades to realize and public policy is generally near-term in scope." Politicians finally look farther forward than the next election and their reward is being undermined by misguided studies like this. Very sad.
Aaron Turpen wrote on July 28, 2012 - 3:57am Permalink
From the Energy Improvement and Extension Act of 2008, arguments in the Congressional Record (110th Congress, pages ~2,000 onward), I see nothing from anyone supporting this bill about how this would create a "long term" approach to "adoption" or promote future battery technologies. In fact, if you read what was written in this article and the papers these professors wrote, you'll see that even your belief that this would promote long-term battery production by giving incentives to make money selling EVs is flawed. No one making EVs is profiting by much, Lindsay. Many of them, if you read my article on "Compliance Cars" are building electrics purely because California is forcing them to - and those electrics will be in extremely limited, unprofitable numbers. So I'll have to say that everything you've stated in an attempt to refute these studies and my writeup on them is based on nothing but imaginary goals you yourself wish these plug-in incentives promoted. In reality, the PHEV tax credit is nothing more than a public relations scheme, as is 90% of what comes out of Washington, frankly.