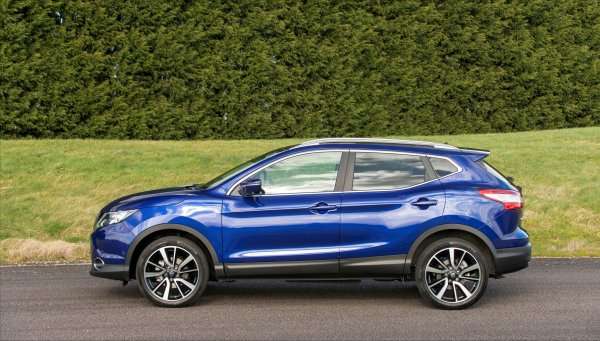 After dominating the winner's podium for Car of the Year two years running, the Range Rover is finally displaced by an unlikely rival: Nissan.
Advertisement

One of Europe's most respected magazines, Diesel Car, has announced its picks for best of the year 2014 and the coveted Car of the Year 2014 title goes to the Nissan Qashqai, trouncing the Range Rover Evoque which held the title two years running.

The all-new Qashqai, introduced just this January, has been sweeping awards and accolades as it blasts past sales forecasts to become one of the most popular cars in the European small crossover segment. For Americans, the Qashqai is very similar to the Rogue and replaced the Mistral / Terrano II in the segment in Europe and Asia.

Although the first-generation Qashqai, introduced in 2007, did well in the marketplace, it wasn't until this latest iteration, the second-generation introduced in 2013 for the 2014 model year, that it began to dominate the segment's sales.

For its part, Diesel Car is the United Kingdom's largest magazine dedicated to diesel power and alt-fuel vehicles, which are the bulk of the European market's passenger vehicle sales. It's also a publication closely read by fleet managers and purchasers, which gives the Qashqai another boost.

Announcing the awards, Ian Robertson, Editor and Publisher of Diesel Car, said: "As well as being the creator of the sector with the Qashqai, Nissan also romps away in the sales charts with the UK’s number one best-selling crossover in its class.

“And it’s easy to see why, when you examine the no-compromise class-leading approach to its design, and the fact it is built here in the UK."

The Nissan Qashqai is available in the UK in two diesel engine options, a 1.5 dCi and a 1.6 dCi with the former being the low-emissions option, avoiding the UK's Vehicle Excise Duty for emissions.