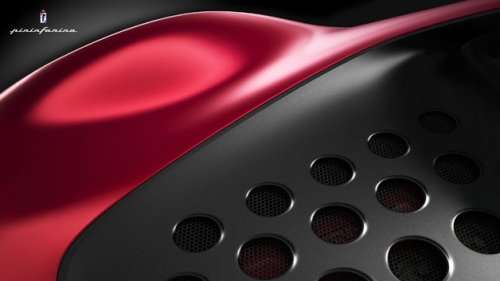 World renowned auto design house Pininfarina has announced that it will debut a concept car at this year's Geneva Motor Show as a tribute to the late Sergio Pininfarina.
Advertisement

The concept, named after Sergio Pininfarina, Honorary Chairman of the Pininfarina Group and design mogul who died in July of 2012, is a tribute to the main driving force behind the legendary company starting with his taking the helm after his father, Gian Battista 'Pinin' Farina died in 1966.

The concept will celebrate this maestro by continuing his signature flair in a final rendition of his vision. Sergio designed now-iconic vehicles for some of the world's most exclusive automakers, including Alfa Romeo, Bentley, Maserati and, of course Ferrari. In fact, some of the most recognizable cars from those brands are thanks to Sergio's guidance and many of the most legendary are thanks to his pen on paper.

In fact, the 1984 Ferrari Testarossa as well as the 2002 Ferrari Enzo were both Sergio Pininfarina's work directly. It's for this reason that Sergio is often called the Mestro of Italian Style and was given the title of Life Senator.

The teaser photo, shown here, doesn't give much in the way of clues, but the company promises to show all in a lasting, concept car tribute to the most celebrated vehicle designer of all time.

The Sergio concept will debut on March 5 at 1pm on the Pininfarina stand at the Geneva Motor Show to a waiting audience of onlookers and fans. Pininfarina promises that the concept is going to renew "the spirit of extraordinary achievements born from Sergio Pininfarina's pencil, translating it into a modern vision in the name of exclusivity, innovation and passion."

This will be something to look forward to with baited breath.

Nicolas Zart wrote on February 7, 2013 - 2:36pm Permalink
I'm happy they decided to do it. They talked about last year when he passed away but I wondered if it was just PR.

Elon Makes a Cybertruck Statement With an Action, But Quiet in Words
Tesla's Record Month in China: Doubled Registrations in March 2021
END_OF_DOCUMENT_TOKEN_TO_BE_REPLACED