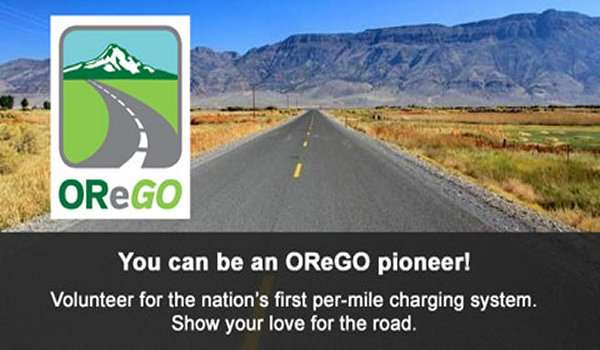 While hybrid and electric car users are up in arms, the program itself is aiming for fairness across the board.
Advertisement

Oregon was the first state to institute a fuel tax to collect money directly from users in order to fund roads and highways. The state is now the first to institute a pay-per-mile tax system for the same purpose. The OReGO program is a new test pilot being put up by the state to potentially replace the at-the-pump taxes paid by road users

Not surprisingly, hybrid and electric car drivers are not happy with the new plan. It’s been lambasted as a “tax break for Hummers” and an unfair system that penalizes efficient drivers in favor of those who have less efficient vehicles. These complaints, which counter-critics say are just whining from entitlement-minded EV owners, have some merit.

How the OReGO Program Works
The OReGO program has a single-fee charge per mile, set at 1.5 cents. That per-mile fee is charged at a flat rate without regard to vehicle efficiency. Currently, the program is voluntary and works by billing customers who then can pay back their bill minus credit for road taxes paid at the pump for any fuel used.

Miles are tracked using third-party GPS trackers, which can be more or less sophisticated depending on the vendor. Some systems, for example, can differentiate between public and private roads as well as toll versus non-toll roadways. All of them can track whether the vehicle is still in the state of Oregon.

The OReGO program is the result of a fourteen year Road User Fee Task Force created by the Oregon State Legislature to study road usage fees and alternative options for collecting them. Oregon’s Department of Transportation hopes that this pilot program will lead to a better understanding of a pay-per-mile usage system and allow them to fine-tune this program so that it can be optimized for potential use statewide on a mandatory basis.

How the Fee Structure “Favors” Inefficient Vehicles
For most vehicle owners, the fee paid will be relatively small while others, like Humvee owners, may see a surplus of credits, which do not carry over, according to OReGO’s website. Thus, the “credits” that Humvee drivers would receive over and above what they already paid at the pump would be a wash.

On the other side of the coin, EV drivers who do not currently pay much (if any) road use tax at the pump would have to pay using this program. So the test pilot program, which is voluntary, makes little sense for them as they are guaranteed to have to pay more. If the program becomes mandatory sometime in the future, these buyers will find themselves being required to pay road tax equal to every other resident of the state.

Most of the arguments put forth by EV and efficient vehicle drivers are generally aimed at the fact that they receive no recognition by the program. As stated, they have little reason to join during this test pilot system and are voicing concerns that their current reward, which is low fuel usage and costs now, will be offset by higher per-use tax rates later if the system becomes mandatory. Critique of this should be obvious to most who have read this paragraph objectively.

Legitimate Criticism
The primary and most legitimate critique of the OReGO program is that it does not account for vehicle weight. For the pilot program, only light-duty vehicles (passenger cars and pickups) are included, so one flat rate is being used. This favors heavier vehicles over lighter ones. Some commentary has been given with the idea that the program should account for vehicle weight, either with tables of gross vehicle weights (curb weights) or as a multiplier of the fee. This is a legitimate concern, especially when commercial vehicles and heavier private vehicles begin to be included.

A sport utility weighing in at nearly three tons causes more road wear than does a one ton compact car, for example. Under this pilot, they are taxed the same. A weighted system would have higher fees for the larger vehicle.

The Goals of the OReGO Program Are Important
Whatever the argument for or against the OReGO program, it’s ultimate goal is to solve a problem that every state around the nation has to face: dwindling road use taxes and higher road maintenance and construction costs. This is one solution to that dilemma. This dilemma is a direct consequence of the nation’s quest for more efficient vehicles.

The program in Oregon launched on July 1. In a year or so, we’ll have the first solid numbers to determine whether the program could be successful.