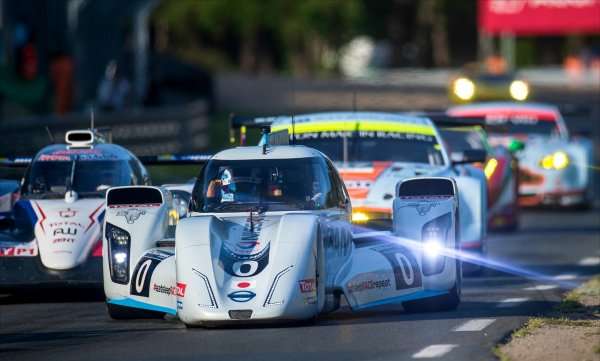 Nissan ZEOD RC hits 300km/h in qualifying, but is it ready for the big leagues?

During qualifying for the Le Mans 24 Hours, happening this week, the Nissan ZEOD RC electric race car hit a record-setting 300km/h on its all-electric run. Is the car really ready for Le Mans 24 Hours?
Advertisement

Le Mans 24 Hours, the most anticipated and storied race in all of endurance racing. The race is so legendary that it's been depicted in film, television, books, and more. Actor Steve McQueen, likely Hollywood's biggest star that is most-associated with automotive racing, starred in a film titled, simply, Le Mans and people knew exactly what it was about. Every year, the race creates excitement, makes or breaks some drivers' careers, and creates legends.

This year, in the mystical Garage 56 group, where experimental cars make the race, Nissan is following up on its successful DeltaWing collaboration of two years ago with a new car called the ZEOD RC. The Zero Emissions On Demand Race Car utilizes the electric powertrain of the world's best-selling electric car, the LEAF, coupled to a small combustion engine.

The vehicle is designed to run on the gasoline engine, regenerating energy during turns and braking, and utilizing the electric motors to boost out of turns as well as drive the car for an entire extra lap, all-electric, before refueling the car. The team will utilize the extra lap to prove that this technology can increase the stamina of a Le Mans car, improving its chances of winning by reducing pit stops.

Yesterday, during qualifying laps, Nissan race driver Satoshi Motoyama took the Circuit de la Sarthe and powered through the entire Mulsanne Straight at 300 kilometers per hour. That 300km/h, according to internal cameras on the ZEOD RC, was achieved at 0 RPM from the car's engine. In other words, it was done completely with electricity. This set a new record and achieved a key goal of the team before the big race coming up.

"I drove ZEOD at Le Mans for the first time and instantly we were able to reach our target to run at more than 300km/h with electric power only," Motoyama said.

During Le Mans 24 Hours, the ZEOD RC will be piloted by Motoyama, Lucas Ordonez, and Wolfgang Reip. All of them did laps in the car yesterday, doing their five mandatory night laps for qualifying.

So will the car be able to compete in the race realistically? Given the number of kinks and problems it had on its first day out, it's likely that the ZEOD RC will do fine. Why? Because those problems are growing pains and literally every car that goes through test days for Le Mans has issues. Every track is different, every driver different, every geographic location different and the cars, as tightly-tuned as they are, react differently to all of that.

Now it's a question of whether the ZEOD RC can go the distance and run for 24 hours straight in the world's toughest endurance race. If it can do that, with or without the all-electric lap they have planned, it will have done something. With the electric-only lap, though, it will have made history and changed things forever by proving that an electric car can not only race on the drag strip or in short laps as a Formula car, but also in the world's most difficult endurance race.