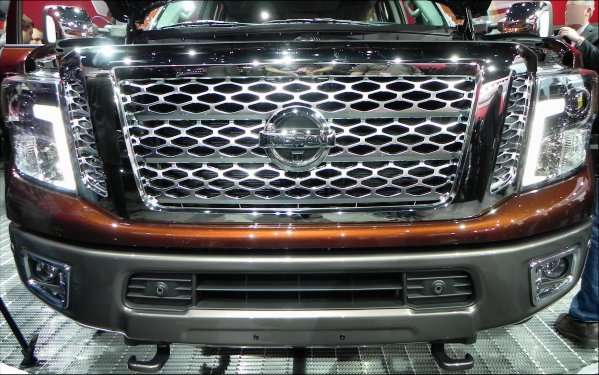 The third in a series of Truckumentary films about the 2016 Nissan Titan features Diane Allen, Senior Design Manager at Nissan Design America. This film, titled "Sketch Pad," talks about the design of the truck itself and its big new look.
Advertisement

Chapter 3 of the Truckumentary series of short films from Nissan showcases the 2016 Titan and its design team. These are the people responsible for the big Titan's exterior design and new, bigger look. The team, which works in Nissan's NDA office in San Diego, California, is headed by Diane Allen, Senior Design Manager.

Allen has been with Nissan for years, working on the original Titan, the 370Z, and other powerful vehicles in Nissan's lineup. She is one of the design voices behind the Armada, and more. She was born and raised in Detroit and has been with Nissan for 30 years, many of which have been in her current role as design manager for various vehicle projects for North American sales.

The four minute film, titled Sketch Pad, credits a member of the team, Randy Rodriguez, with the initial sketch that began the Titan's current look. Narrating the film, Allen goes on to explain the thought process behind the new 2016 Titan's design.

"As for the rest of the vehicle, we quickly determined that the domestic pickup manufacturers own 'cowboy'," Allen said, "so our look had to be a little different. Being a challenger brand, we have to stand out a bit from the herd with a vehicle that embodies the spirit of hard work and tough jobs, while still demonstrating capability."

Designers used truck parts, power tools, outdoors imagery, the Titan god, and a lot of other things to bring inspiration to the process. "Once the initial sketch was green-lighted, we worked quickly to get this project completed. One of the benefits of this streamlined approach is that TITAN has remained a pure design statement."