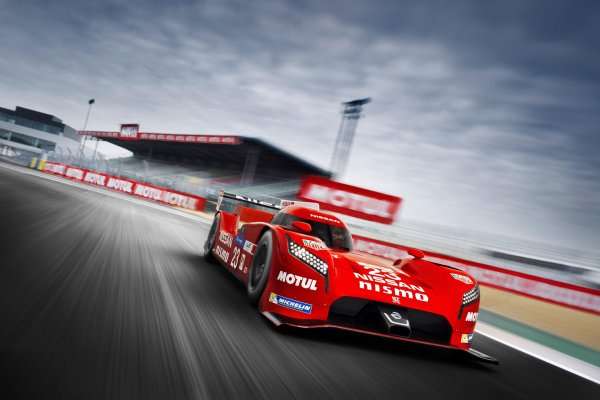 Nissan GT-R LM NISMO Will Return to Racing in 2016

Nissan has announced that the beleaguered, but innovative LeMans racer will return to the circuit in 2016 for the FIA World Endurance Championship.
Advertisement

The Nissan GT-R LM NISMO was the first FIA P1 endurance racer Nissan had fielded as a factory race car in all of the make's history. Further, it was the only front-wheel drive race car on the Le Mans 24 Hours track at this years' top endurance race. Although the cars did not do well at Le Mans, and were eventually pulled from the circuit, they were a fast-paced learning experience for the NISMO racing team.

Nissan plans to make our prediction come true and return to the WEC in 2016 to make it awesome. Although the cars had a poor showing at the race this year, due to a myriad of technical issues, most of those watching came away surprised at the innovative approach the GT-R LM NISMO took to the FIA rules and are looking forward to a return to the track.

Nissan has beefed up the race team with more technical and management advisors to help with the ongoing improvement campaign for the race car. Including the appointment of Michael Carcamo who has transferred from Nissan Mexico to NISMO to share the heavy load on Ben Bowlby’s shoulders. Mike Carcamo takes the role of Team Principal, a position previously filled by Ben Bowlby.

“Ben had his hands full trying to do everything; managing the design and build but also the race and test operation,” explained Carcamo. “That’s a lot to ask anyone to do, especially with a concept that requires this level of development. My knowledge of Nissan engineering processes and project planning experience will help Ben and the team concentrate on making the car deliver on it’s promise. The challenge that we took on was a monumental task. We have to learn all of the dynamics of this new vehicle and all the performance tuning so it takes a long time to find the sweet spot of performance. We recognise that challenge and we’ve added the resources and infrastructure behind the programme to try and bring it to that next level.”

Last week, the newly-upgraded LM P1 race car took to the Circuit of the Americas in Austin, Texas in a two-day test run. Piloted by Harry Tincknell and Olivier Pla, Nissan says that the development is progressing nicely. The problems with the kinetic energy recovery system (KERS) for the hybrid powertrain requirement remain unresolved, the biggest hurdle towards a 2016 return, but improvements in other areas (including tires and chassis) mean that the GT-R LM NISMO did better on the COTA this year than it did last.

The team is confident that the car will be race-ready and fully functional before Le Mans 2016.