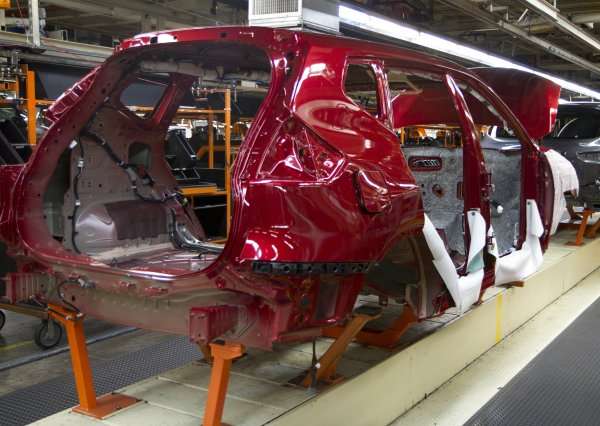 Nissan sees continued sales growth year-on-year with June 2014 rising over June 2013 for the brand while Infiniti is more hit-and-miss with their growth.
Advertisement

The Nissan Group, which includes the brands Nissan and Infiniti, has reported June 2014 sales and they're up.. just like they've been for a long time now. Total sales for the Group were up 5.3 percent, most of which came from the Nissan division at 6.4 percent in uptick while Infiniti sales dropped 5.9 percent overall. The 5.3 percent gain was thanks to the much larger number of units the Nissan division sells compared to the smaller luxury brand.

Meanwhile, at Infiniti, sales numbers were not all upwards. Overall, the brand is still doing well and seeing gains, with 2014 year-to-date sales still being up 13.6 percent. For June 2014, though, they were hit-and-miss. Big losers were the outgoing G-series sedan, which is being replaced by the Q50 in the U.S. market despite the G37 still being offered as an entry-level option. For comparison, the new Q50 sold nearly double the units of the G, putting sales of both combined slightly above the total G37 sales for June 2013. This means the Q50, all told, is actually gaining sales.

Overall, although the straight number crunching shows Infiniti dropping in total sales between June 2013 and June 2014, when the numbers are compared by combining outgoing models with their new versions, they aren't nearly as bad. Car sales are up 22.7 percent for the year over this same time last year and SUV sales are up a more modest 3.8 percent for the period.

All in all, it's good news for the Nissan Group, which continues forward with CEO Ghosn's aggressive sales and market gain strategy.