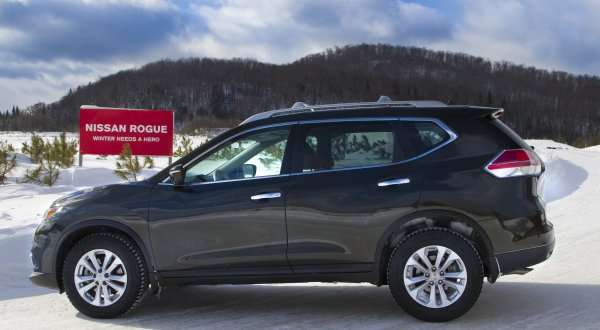 To prove that their cars are capable of selling themselves, Nissan has been dropping gimmicks and incentives and showing more profit as a result.
Advertisement

In a conference call Monday, Nissan's Carlos Ghosn outlined the first quarter results and way forward for the company. The call, part of the automaker's quarterly investor's reporting, gave a lot of insight into what Nissan plans to do and how its CEO will get it there.

The first steps are complete, with regionally-located and boosted manufacturing capability along with supply chain efficiency to match - both things that drug down the company's profit margins last year, but which will be a large part of boosted profits for years to come. The next step was to redesign the company's lineup of vehicles to make an across-the-board upgrade that created both a more premium appeal for the brand as well as improved consumer impressions for the company as a whole. This is ongoing, but largely complete.

Having both of those means that Nissan is in a position now where consumer demand for its products is driven largely by people's interest rather than by price undercutting. After all, if you have what people want, they'll pay for it. Most premium brands understand this and have used it as their primary sales engine - make products people want and need and they'll come to you to get them. Toyota and Honda, Nissan's chief rivals in the marketplace, understand that well.

Over the next year, Nissan will introduce ten new vehicles to the market. These will augment the fast-growing sales of the new Altima (introduced last year), the new Rogue (introduced this year with a 19 percent first quarter gain) and the segment-dominating Versa.

In April of last year, Nissan was offering deals that chopped nearly ten percent from the price of many of its North American vehicles. These heavy incentives drove sales during the transition period when the company was introducing new models and pushing some dated ones. As of last month, those incentives were nearly half that, bringing them in line with Toyota and close to Honda.

Another bold move is removal of the stair-step program for dealerships. This is basically a standard in the industry, but one which many don't agree with. The program pays dealerships incentive bonuses (usually in a tiered format) based on how many cars they're selling monthly. Many see this program, which most automakers use, as incentive for questionable deals and backdoor payoffs - the kind of thing that gives the industry as a whole a bad name. The National Automobile Dealers Association has denounced stair-step programs and encourages dealerships to stay out of them, though few do. Nissan will instead move the program to an annual bonus, forcing a longer view for the dealerships.

Nissan's goal is to create a sustainable 8 percent operating profit margin to go with an 8 percent market share. That's part of their global 8-8-8 strategy (8% profit, 8% market share, in 8 years). They're well on their way towards achieving that with a current six percent (or so) of the global market and about five percent average profit margin.