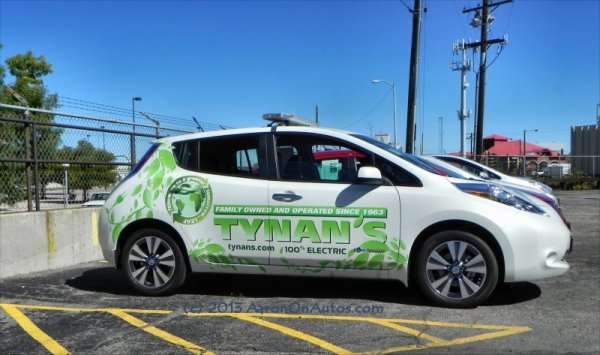 Since the launch of the Nissan LEAF in December of 2010, tens of thousands of buyers in the United States have purchased one of these all-electric cars. As part of its sponsorship of National Plug-In Day this weekend, Nissan is celebrating a new milestone in sales figures for the flagship EV.
Advertisement

On this National Plug-In Day, sponsored by Nissan, the company is celebrating dropping a new milestone for sales in the Nissan LEAF electric car.

Since the LEAF was introduced in December of 2010, the company has sold more than 35,000 of the all-electric cars in the United States since it was first introduced. Since the launch of the 2013 model in March, the company has seen sales jump 317 percent year-over-year. Aggressive market growth in key cities like Atlanta, St. Louis and Denver are helping drive this growth.

Erik Gottfried, Nissan’s director of EV Marketing and Sales Strategy, said: "From the early adopters to the most recent buyers, our owners consistently tell us that Nissan LEAF quickly becomes the car of choice in their household, and they spread the word about LEAF to their family and friends. Nissan is sponsoring National Plug In Day to celebrate the growing presence of electric cars like Nissan LEAF and the role that our owners are playing in spurring the next round of EV buyers."

National Plug-In Day has also grown and this weekend will see 80 events in cities across the country with thousands of people, both EV advocates and those who are curious about electrics, attend parades, tailgating parties, ride-and-drives, live music and more. In our sneak preview of the Naitonal Plug-In Day event for Denver, Colorado, for example, there were seven electric vehicles on hand to drive, including cars from Ford, Tesla, Chevrolet and, of course, Nissan. Most events happening this weekend will include ride-and-drives where those interested in electric vehicles can kick the tires and take the car for a spin to see what the EV hype is all about.