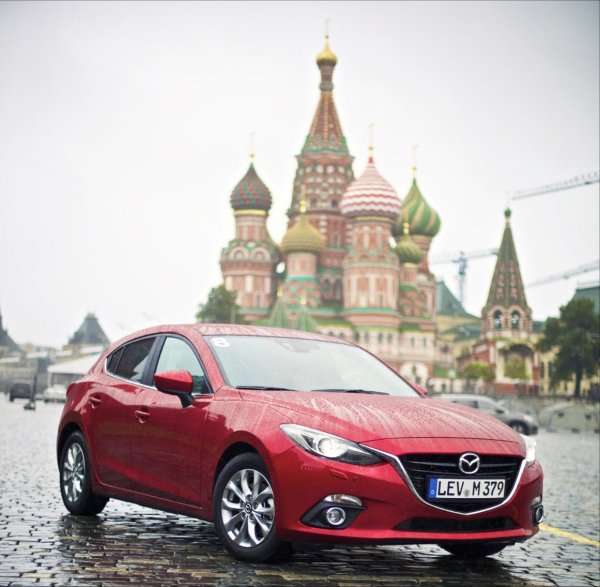 Eight 2014 Mazda3 cars have made the harrowing journey from Hiroshima, Japan to Moscow, Russia on their way to the Frankfurt Motor Show over a total of 9,300 miles of some of the world's most questionable roads.
Advertisement

Eight Mazda3 hatchbacks rolled into Moscow, Russia yesterday, completing about 2/3 of their total 9,300 mile Mazda Route3 - Hiroshima to Frankfurt Challenger Tour 2013. The 7,700-mile trip so far has been harrowing, driving over some of the world's toughest roadways.

The convoy of Mazda3s will participate in the Moscow Festival of Speed at Luzhniki before heading on towards Frankfurt to splash at the auto show there, which starts next week.

“The two things I find most remarkable about this epic journey are firstly how well the all-new Mazda3 cars are performing under conditions that have been worse than anyone expected, and also how welcoming the people have been. Everywhere that the Mazda Route3 teams have gone, people smile and wave and sometimes even applaud. The all-new Mazda3 is proving to be a real attraction,” comments Jeremy Thomson, Managing Director, Mazda UK.

The tour involves drivers from dealerships across Mazda's sales territories, with the first three legs of the tour thus far being driven primarily by drivers from dealerships in the United Kingdom. From Moscow, the Mazda3 convoy will tour Minsk, Warsaw and Berlin, leaving four of the cars behind to display in those cities as the other four continue on to Frankfurt.

On the tour so far, the Mazda3s have seen a section of the famous Chuysky Tract (one of the world's oldest roads), Chany Lake, the Kungur Ice Caves, over the Ural Mountains from Asia to Europe, two Russian kremlins (Kazan and Nizhny Novgorod), and Russia.

The convoy's progress can be followed at mazda.co.uk/mazdaroute3.