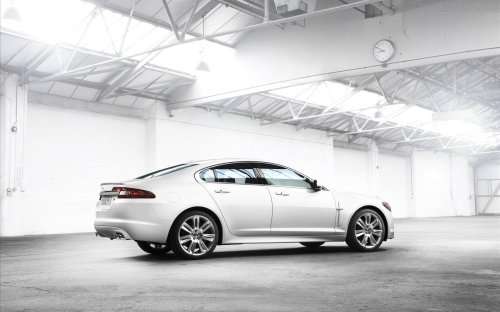 Jaguar Land Rover officially opened the new facility yesterday. It includes cold testing chambers, snow-covered test surfaces, a frozen lake, and a concrete test track with which the company will test its vehicles for all-weather driving in order to improve safety and handling.

International Falls, Minnesota is one of the coldest places in the United States, with temperatures dropping as low as -55F in the dead of winter. Jaguar Land Rover plans to use the facility to test vehicles in the most extreme of low-end environments. Many of the company's vehicles are driven in northern climates, including Canada, the northern U.S. and much of northern Europe, including Russia.

Jaguar sees the United States as one of its largest global markets and building a world class winter test facility here is imperative to the company's success in North America. The facility can help test, perfect, and evolve technologies such as Jaguar's Instinctive All Wheel Drive®, which was developed primarily for this market.