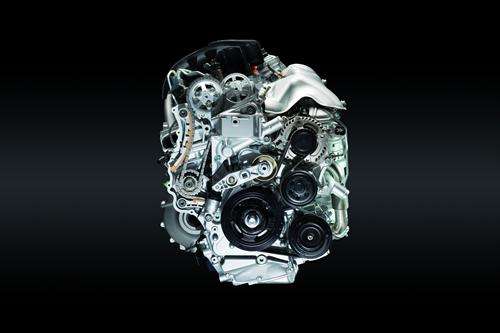 Honda will introduce a new small-displacement diesel engine as part of their Earth Dreams Technology series in Europe. The tiny 1.6L diesel will appear in the Civic in 2013 with class-leading power and torque.
Advertisement

So far, Honda has not said whether this tiny powerhouse will be coming to North America, but its introduction will certainly shake up the popular diesel movement in Europe. The little 1.6-liter i-DTEC puts out 120 PS and 300 Nm of torque while outputting only 95 g/km of CO2.

The tiny displacement and high output of the engine means that it will be setting bechnmarks on all fronts. The engine will be built at Honda's Swindon, United Kingdom plant for European distribution in the 2013 Civic and will be running along the production line alongside the larger 2.2L i-DTEC already being offered. Later in 2013, the new 1.6L diesel will be offered in the CR-V crossover and may see more model proliferation in 2014 and beyond.

The new engine is the lightest diesel in its class (measured by output) with engineering meant to not only reduce size, but drop weight through small changes to various components. It's aluminum cylinder head and block lightens the load considerably, dropping 47kg when compared to the 2.2L engine. Cylinder wall thickness is 8mm, versus the 9mm in the 2.2, and lighter pistons and connection rods have been used. Advanced production techniques and new component designs allow for the smaller sizes and new metallurgy without compromising function or strength.

Reducing mechanical friction was a big part of the 1.6L i-DTEC's design. Less friction means not only better efficiency, but fewer problem points that can reduce the robust nature of a diesel engine. The result is 40% less friction in the 1.6L versus the 2.2L - putting the smaller engine on par with gasoline engines of the same size in terms of friction loss.

A new, fourth-generation Garrett turbocharger uses a variable nozzle design which allows for precise rotational speed control to minimize turbo lag and give optimal low- and mid-range performance. To go with this is a Bosch solenoid injection system capable of operating at up to 1800bar, which allows for higher fuel pressures for better injection rates and a finer fuel atomization in the spray. All of this leads to better fuel:air mixing and better burn, which in turn means higher efficiency and lower fuel consumption and emissions.

The 2013 Honda Civic with this new 1.6L i-DTEC engine will achieve a European combined fuel efficiency of 78.5 mpg at an emissions rate of only 94g/km of CO2.

Marvin McConoughey wrote on November 20, 2012 - 9:08am Permalink
I expect that it will be a brilliant new diesel of impeccable performance, but why would 1.6 liters be considered a tiny engine, diesel or not? For comparison, though not a car engine, Chinese diesels are made as small as 165cc for a one cylinder engine, which would equate to 660 cc for a four cylinder engine of the same cylinder displacement. The Smart Car diesel engine came in at 880cc.
Aaron Turpen wrote on November 20, 2012 - 12:44pm Permalink
It's tiny for the output. Those engines you mention don't produce the same amount of power per liter or power per pound as this one. This engine is almost entirely aluminum, which is extremely unusual in diesel. It's also powering an actual car, not a motorcycle, rickshaw, or two-seat (and that's it) vehicle. :)