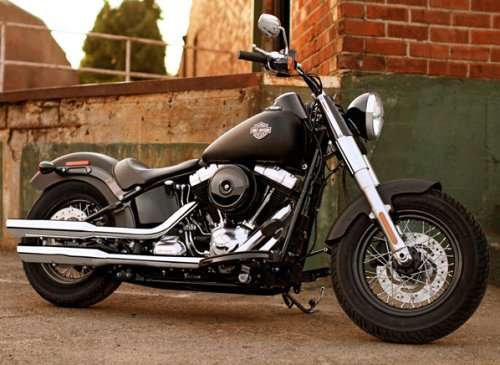 The normal time frame for the announcement from America's premier motorcycle maker is in late spring, just in time to push summertime sales, but this year Harley-Davidson is bucking that trend and has introduced two new models in the dead of winter.
Advertisement

Probably the biggest marketing theme behind the Harley-Davidson brand is tradition. After a shaky beginning and several near-death experiences, as rival American motorcycle builders folded, Harley stayed on its feet. Nearly all of the brand's marketing materials reference its storied past, its trend-setting style, and most of all: it's traditions.

So when the company breaks tradition, people tend to notice. Of course, doing so in the way Harley has this year is newsworthy, but not worrisome.

Harley has announced two new models for the 2012 season, which for motorcycles begins in late spring. Traditionally, that is. Perhaps it's the mild winter the mid-west has experienced. Or maybe it's just a convenient time to announce something in between car show hype. It could be that designers are just too excited about the two new models to hold back. Or maybe H-D just wanted some attention. Likely it's a mix of all of these things.

The new models are the Seventy-Two and the Softail Slim (pictured). Both are designs based on the company's long-time heritage of big V-twin designs.

The Seventy-Two is the latest version of the Sportster. It carries an air-cooled 1200cc V-twin steered by raised handlebars and styling reminiscent of the Easy Rider era. Pricing starts at $10,499 and base models come with a lot of chrome and metal-flake paint. Whitewall tires to finish off the look are optional.

The Softail Slim is a throwback to the 1950s when Marlon Brando and Steve McQueen (a former bike mechanic) were riding the highways. This new Softail looks straight out of The Wild One* with chopped fenders and wide handlebars (often called the Hollywood style). It's flat black trim and tank is offset by chrome forks, engine and pipes. While the bike's design is retro, its engine is a powerful new 1690cc twin-cam V-twin - something Brando and his gang could only dream about having. Prices start at $15,499 and, belying its rebel image, the bike has an optional security package at another $1,195. You know, so it doesn't get stolen while you're busy fist fighting in that biker bar in the desert.

The bikes are both in showrooms now, so if you're brave enough to go for a test drive this time of year, then get to it. No pink mittens allowed.

Note that in the movie, Brando rode a Triumph 6T Thunderbird, not a Harley-Davidson.

Eggman wrote on February 7, 2012 - 7:32pm Permalink
Too bad Brando & The Black Rebels and McQueen rode Triumphs and owned them in real life. Lee Marvin and his gang "The Beetles" rode Harleys. But Lee Marvin owned a Triumph Tiger Cub in real life.

LG's New EV Battery Plant Is a Welcome News for Tesla
Tesla Giga Berlin's New Hurdle: It's Not Only the Gov't, but Now Tesla Itself
END_OF_DOCUMENT_TOKEN_TO_BE_REPLACED