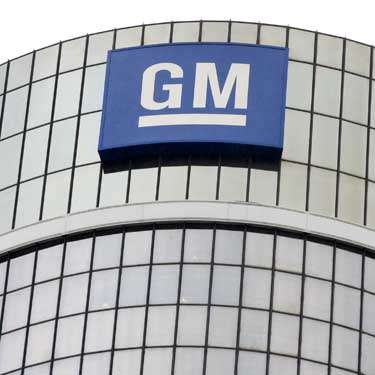 The top-performing stock amongst automakers in the U.S. was General Motors, up by 15% from July, which hit most pundits and analysts out of nowhere as a surprising development.

For the past year, most stock analysts have been wary of investment in GM holdings, citing lackluster European sales and corporate shakeups including the loss of many top-level executives. The company was expected to (and did) lose a lot of money in Europe, but wasn't the only one as most carmakers saw falling European sales this quarter. Although GM stock jumped nearly a quarter (23%) early this year, most analysts expected that to be lost through the rest of the year as new model year sales stabilized - a norm in the industry.

Investors seem to see the executive departures and management changes as a good thing, watching the company shed its old, top-heavy ways and move with the times. While the heavy amount of U.S. Treasury investment in the company still dogs its public relations in some respects, GM seems to be pulling out of its duldrums and give the impression it's looking ahead.

Some of the higher price point ratings for GM can also be explained by heavy portfolio purchases in early July. Many fund managers saw the 52-week low of $18.72 in July as a "rock bottom" buy point and assumed it could only go up. That trading lead to a rise in demand, triggering a price increase, but that cannot account for all of the gains made. Announcements from GM about cutting management positions and re-thinking some executive appointments helped boost confidence. Long-term investors seemed interested in the 70% revamp of its North American product lineup by the end of next year as a promising sign as well.

Falling car sales in Europe, now in their fifth straight year of decline, are affecting every automaker, including GM, who will likely post a loss again there. GM has lost money in Europe for over a decade now and posted a $361 million pre-tax loss there last quarter. The company, along with most of its peers, have been reducing production outputs and re-thinking product lines during the continued sales recession. Slow growth in China is also hurting GM's bottom line.