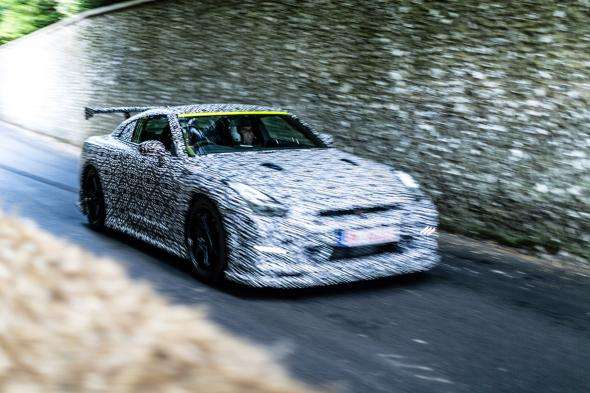 The Goodwood Festival of Speed is many things, but for this NISMO driver, it was a chance for the rookie to take on the Hillclimb record and totally pwn it.
Advertisement

The Goodwood Festival of Speed involves a lot of events, but the most challenging for the race driver is the legendary Hillclimb. This 1.16-mile run is known to make or break amateurs and professionals alike and this time, it was won by not just an amateur turned pro, but an amateur who's only experience before joining Nissan was driving in video games.

Jann Mardenborough, 2011 GT Academy winner and gamer-turned-racer, was behind the wheel of a Nissan GT-R-NISMO Time Attack. He hit the hill with all cylinders running and pwned it in only 49.27 seconds, passing touring car legend Anthony Reid and his Noble M600, which held the record beforehand.

While the Hillclimb is one of the few competitive races at Goodwood, many non-competitive and historical races were also to be had. Driving legends and current champions like Felipe Massa and Jenson Button were on hand, often in historic race cars. Sebastien Loeb competed in the Forest Rally Stage in his Citroen DS3 WRC, a version of which dominated Pikes Peak last year. Motorcycles were also in abundance, of course.

But the big story was the local boy who played video games, became a real-life race driver, and then smashed records at the Hillclimb on Saturday afternoon.