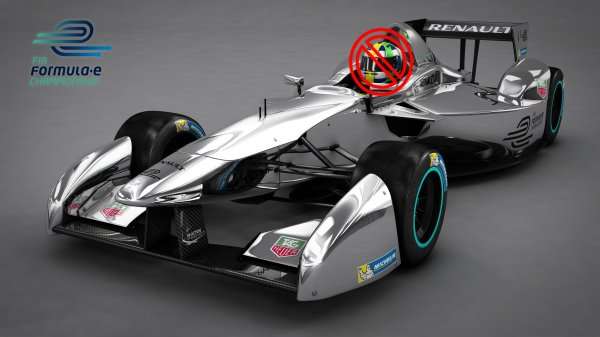 In about a year, the cars racing at the circuits prior to Formula E all-electric F1 racing will be missing something. Drivers.
Advertisement

Last year, FIA added the first season of Formula E all-electric formula car racing to the grand prix group. Racing mostly on revised circuits, the electric F1 cars proved to be popular with fans as mostly third-string drivers took to the field and went all out to prove themselves in curves and straights absent of the signature high turbo whine of Formula racing.

This year, Formula E continues, this time whit team-specific cars designed by varied manufacturers rather than copies of the same car across the board. Next year, FIA plans to shake things up again by adding the ROBORACE.

ROBORACE is a driverless car race in which Formula vehicles, all copies of one another, will vie for wins on the grand prix. A new championship will be added to the run and winning will not be about the car but will, like all great racing, be about the driver. Only in this case, the driver will be a computer and the winner will likely be the team with the best artificial intelligence.

Denis Sverdlov, Founder of Kinetik and ROBORACE, said: “We passionately believe that, in the future, all of the world’s vehicles will be assisted by AI and powered by electricity, thus improving the environment and road safety. ROBORACE is a celebration of revolutionary technology and innovation that humanity has achieved in that area so far. It’s a global platform to show that robotic technologies and AI can co-exist with us in real life. Thus, anyone who is at the edge of this transformation now has a platform to show the advantages of their driverless solutions and this shall push the development of the technology.”

The mission of ROBORACE is to demonstrate that the future of automotive and information technology is already here and can even work in extreme conditions. ROBORACE believes that there is a lot of independent talents in the world that might contribute to this initiative. That is why one of the race teams will be organised as a crowd-sourced community team open for enthusiastic software and technology experts all over the world.

Tesla Contemplates A New Strategy for China Retail even As Sales Boom
Jay Leno on Elon Musk & EVs: “I Think He Should Get ... Credit"
END_OF_DOCUMENT_TOKEN_TO_BE_REPLACED