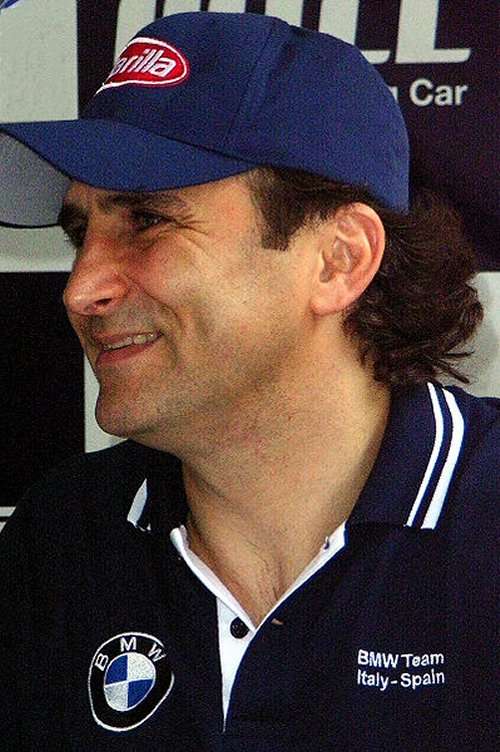 Former BMW Formula One driver Alessandro Zanardi, whose name is legendary in auto racing, has turned to a different type of racing since an accident took his legs in 2001.
Advertisement

You can take the man out of the race, but you can't take the race out of the man. That phrase sums up racing legend Alessandro Zanardi, an Italian famous in Formula One circles.

In 2001, Zanardi was a ten year F1 veteran with two titles under his belt and racing for BMW in the US ChampCar series when a horrific crash took his legs from him. Less than two years later, though, the Italian racing legend was back, this time racing in the FIA World Touring Car Championship - again for BMW. He won a world series race in 2005 and then continued winning into Brno in 2009, where he retired from WTCC racing.

In 2007, he had begun training in handcycle racing and after only four weeks of work, found himself in New York City Marathon taking fourth place. In 2009, he competed at the Para-Cycling Road World Championships and, after winning both the Venice and Rome City marathons, went on to take the New York City Marathon's top spot in handcycling in 2011. That got him a spot on the Italian Paralympic Team.

On September 5, 2012, the race car driver who lost his legs to racing, but not his will to continue racing, took the gold medal at the 2012 Paralympic Games in London, a full 27.14 seconds ahead of the nearest competitor.

“It was always something special to drive for BMW alongside Alex,” said BMW DTM driver Andy Priaulx (GB), who won three titles in the World Touring Car Championship. “He was a great team-mate – and a tough opponent on the track. When it became clear he wanted to compete at the Paralympic Games, I knew straight away he would make it. Alex loves challenges like that, and regularly pulls off the impossible. I know everyone who knows him will be very proud and I want to send him my congratulations.”

So what are Zanardi's plans now? He says he wants to compete in the Indianapolis 500 next year.

Formula One to World Touring Car to Paralympic Games to Indy 500? Sure. Why not?

Tesla Contemplates A New Strategy for China Retail even As Sales Boom
Jay Leno on Elon Musk & EVs: “I Think He Should Get ... Credit"
END_OF_DOCUMENT_TOKEN_TO_BE_REPLACED