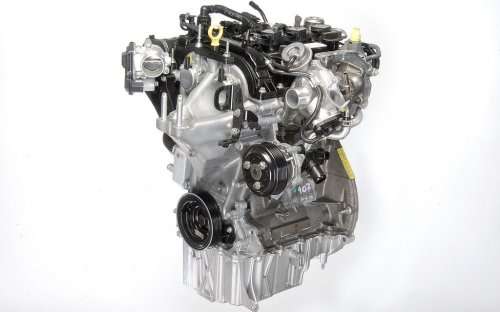 Ford is planning to more than double its EcoBoost-equipped vehicle sales this year and to do that, they will need to build more engines. That is where the Cleveland Engine Plant comes in as Ford boosts plant capacity and adds jobs.
Advertisement

Currently, Ford's primary production facility for the 2.0-liter EcoBoost engine is in Valencia, Spain, but the engine must be imported in order to be fit to American cars. At least, that's the case until Ford's Cleveland, Ohio plant gets up and running late next year.

Ford will be moving production of the 2.0-liter EcoBoost engine to the Ohio plant in late 2014, adding to its goal of creating more than 12,000 hourly jobs in the U.S. by 2015 - a goal it's already more than halfway met. The Cleveland Engine Plant will build the engine for North American vehicles utilizing it while the Spanish plant will continue as Ford's hub for EcoBoost engines in Europe.

To increase the Cleveland's plant's capabilities and capacity, Ford is investing almost $200 million and will be adding 450 new jobs as the production facility expands. Currently, the larger 3.5-liter EcoBoost engines for Ford's truck line are built in the plant, but require input of parts from Spain. Once the tooling and upgrades are complete, that will no longer be the case.

So far, the Ohio plant has built more than half a million (500,000) EcoBoost engines since 2009. The plant currently employs 1,300 people building both the 3.5-liter EcoBoost and the 3.7-liter V6 engine offered in many Ford trucks, SUVs, crossovers and cars. The smaller 2.0L engine being added is the cornerstone of Ford's efficient small cars such as the Focus EcoBoost, C-MAX, etc.

The EcoBoost line will account for about 1.6 million Ford engines built globally this year. They deliver up to 20 percent better fuel economy by downsizing the engine and its displacement in favor of utilizing higher compression ratios and turbocharging with gasoline direct injection (GDI) to deliver performance similar to the larger engines they replace. Nearly every Ford vehicle sold in the U.S. has an EcoBoost option and ford expects to sell about half a million of these efficient vehicles in North America this year. They sold over 330,000 of them in 2012.