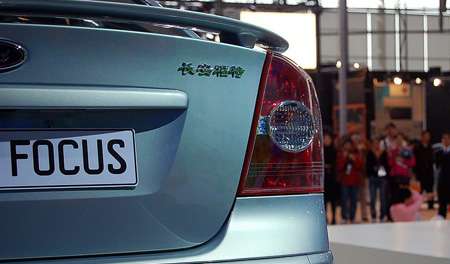 Ford is investing $600M in its third Chinese production facility as it grows its partnership with Changan Ford Mazda Automobile (CFMA).
Advertisement

Ford is undergoing one of its most rapid expansions in fifty years, growing mainly offshore in emerging markets like China. The company has announced that, through its venture with CFMA, it is expanding to build a third production plant in China, investing approximately $600 million in U.S. dollars.

The plant will be located in Chongqing, China and will likely include expansion of the venture's research and engineering facilities as well. The plant will be called Chongqing 3 and will have a capacity of about 250,000 units annually. The already-running Chongqing 2 facility is expanding to add another 100,000 vehicles per year capacity, boosting it to a total of 350,000 annually. Chonqing 3 is expected to begin production in 2014. All three of Ford's facilities in Chongqing employ technologies to cut water, chemical and electricity usage.

Ford plans to introduce fifteen new vehicles and twenty new engines and transmissions in China by 2015 as they broaden their product portfolio in China in an effort to seize a larger market share against competitors like General Motors, whose Buick line is the best-selling brand in China today.

Ford will begin production of its all-new EcoSport and Kuga SUVs, both of which debuted at Auto China 2012 in Beijing this year. Both vehicles use EcoBoost engines.

When the Chongqing 3 plant opens, it will have the capability of producing up to 7 different models without losing production capacity - something that Ford is integrating into all of its new production facilities in order to boost flexibility to better react to consumer trends.

Ford has long been working to expand the use of common manufacturing processes and standardized systems as well as better material tracking and delivery technologies.