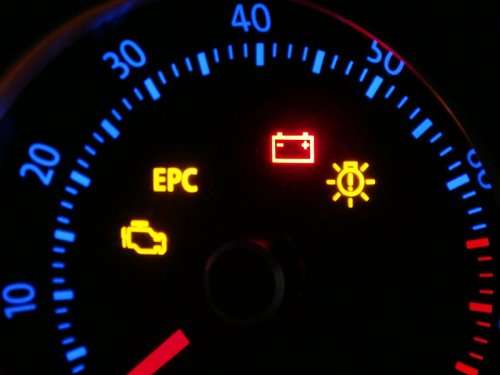 New research reveals that four million motorists have suffered from ‘dashboard denial’ in the last year, ignoring a warning light for five days or more.
Advertisement

Research conducted by ICM Research on behalf of Kwik Fit, the United Kingdom's largest auto repair chain, found that a huge number of drivers are guilty of what they call "Dashboard Denial."

The study found that 13 million motorists had a warning light requiring maintenance or a mechanic appear on their dashboard in the past year. Of those, a third (31%, 4 million) ignored the light for at least five days. Of those, 1.2 million continue to ignore the light for months.

While this is already bad, of the 13 million with warning lights, only 3.7 million had the problem checked immediately by a mechanic. The rest took their time, but didn't wait the 5 days to be considered a "Dashboard Denier."

ICM found that most of the warning lights were check engine lights, followed by oil pressure warning. About 400,000 of the motorists in the survey couldn't identify the light and either ignored it as "unimportant" or didn't ask their mechanic what the light was for. The most often misunderstood light is the tire pressure warning system symbol. Less than half (49%) of those surveyed could identify the tire pressure symbol light for what it was.

What this survey found is that millions of people in the UK (and likely everywhere else in the world) drive around daily with a warning light on their dashboard that they are ignoring. This could mean potential safety and vehicle reliability problems. Most drivers are under the impression that if the car is "running OK" despite the light, they can safety ignore it. Some believe that these lights are programmed to come on in order to rack up service fees for dealerships. In reality, while many vehicles use some lights to alert drivers to maintenance intervals, often the light means something else.

Most auto repair shops, parts stores, and some dealerships in the United States will scan a vehicle's computer for codes to see what the light is about free of charge. In addition, interfaces for the home mechanic to plug into most modern vehicles are available to allow DIY mechanics to check and even clear codes themselves. It's always recommended that you have a warning light checked immediately and remedy the problem it indicates as soon as possible.

Nicolas Zart wrote on July 5, 2012 - 12:57pm Permalink
That's funny because I thought I was the only who didn't look at dashboards and only went in when I knew it was time for an oil change :) But more seriously, maybe people are tired of the automatic and regular stop at the mechanic to have some obscure electronic module checked out. It would be backfiring at car manufacturers who abused the routine check service cash flow. Just a thought. Nicolas
Aaron Turpen wrote on July 5, 2012 - 7:45pm Permalink
Maybe, but I have never owned a car or known anyone who's mentioned a car that just turns on the check engine light for no reason. Most dealerships I've been do will run codes free of charge and clear them as well. In fact, I can count on one hand the number of times a check engine light has come on in a car I've owned (not counting when I'm already working on the vehicle in question).