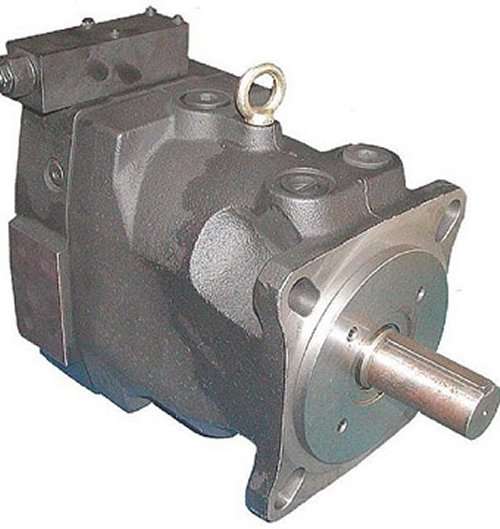 A joint project between both British and American industry and university participants is showing that improved oil pumps could mean better fuel efficiency in combustion engines.
Advertisement

For most of modern automotive development, the lowly oil pump has changed little. In most engines, even today, engineers use pumps that utilize engine power to circulate lubricating oil throughout the various parts of the engine. These pumps are fixed-displacement pumps, meaning they pump at one volume amount and one only. For the most part, these have proven to be extremely reliable, simple mechanical additions to the vehicle that are cheap and durable. Recently, that's begun to change.

A fixed-displacement pump must be oversized to the engine's average load, made to handle the worst-case scenario for the engine instead. So most of the time, oil pumps in automotive engines are providing too much oil and too-high a pressure for the actual need of the machine. This means they're wasting energy that could be helping move the car.

In the past couple of years, high-end cars in Europe have switched to variable-displacement pumps. These are more complex and expensive than fixed-displacement, but provide more accurate oil flow tuned to the needs of the engine at any given time - making them more energy efficient. As automakers look to improve engine efficiencies, it became apparent that more data about how much these variable-displacement pumps were improving things was needed.

An industry- university-consortium project funded by the United Kingdom Technology Strategy Board, the University of Bath, and the Ford Motor Company is investigating the gains these variable-displacement pumps might give to a combustion engine. So far, it is known that they reduce the amount of energy the engine loses when operating a fixed- versus variable-displacement pump, which can easily be calculated as torque loss which in turn gives fuel and other efficiency numbers.

What wasn't known is how much this affected engine operation and wear, as well as which variable pump design might be best-suited to diesel, gasoline, or other engine designs. Initial investigation has shown that in an active 2.4-liter diesel engine, under different operating conditions, fuel economy improvements far outweighed the added expense of both the vane and rotor designs in variable-displacement pumps. The variable pumps were able to deliver oil at pressures as low as 1-2 bars versus the constant 4-6 bars of a fixed-displacement pump. This makes the variable pumps capable of adding 3%-6% fuel economy gains for hot and cold starts as well as better economy at higher engine speeds.

Controlling the oil feed pressure also adds additional benefits for the engine. A lower oil pressure means a lower running tension on the chain primary drive whose hydraulic tensioner is controlled by oil pressure. This reduces wear and parasitic draw from the engine. The more efficient pumps also heat the oil less during warmup, helping to better hold viscosity and keep engine cooling needs lower during operation. With the gains in combustion chamber temperature that results, fuel burn is better and emissions, specifically NOx, are lower.

The group expects that tests on gasoline engines will show similar, though slightly less dramatic, results.

Small engines operating over a large speed range, such as those in automobiles, are at the greatest disadvantage with fixed-displacement devices and would see the largest benefits. But, Richard Burke, University of Bath research officer says, "It would still be a cost-effective improvement in any application where there is a range of operating speeds and temperatures."

Nilesh Khandarkar wrote on January 31, 2017 - 4:59am Permalink
We would like to know this pump information for single cylinder diesel engine application for small commercial vehicles for getting better fuel economy. Pl send the details with the data