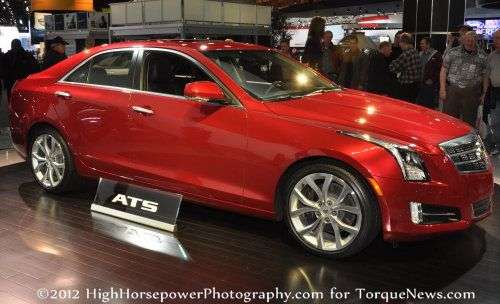 Cadillac turns to the Beach Boys for inspiration

In an attempt to remain at the forefront of driver safety technology, Cadillac will be introducing a new Beach Boys-inspired safety seat that vibrates to alert drivers to impending collisions.
Advertisement

Cadillac is redefining itself with several new models and looks to herald the company's comeback as a leading luxury car maker. A focus on design, quality, and industry-leading safety features is the company's core commitment to this renewal. At the forefront of that last part of its three-pronged attack is Cadillac's new "safety seat" technology.

Harking back to the glory days of the venerable luxury car maker, researchers at Cadillac took the Beach Boys to heart and created a vibrating chair to alert drivers to impending collisions. With safety, creating Good Vibrations is not as easy as it looks.

The new technologies will appear in several premium Cadillac models including the 2013 XTS, ATS, and SRX. They center around a sensory system that uses the driver's seat to initially alert the driver to potential hazards.

When the car is traveling at speeds higher than 35mph, vibration motors in the seat cushion are armed. When sensors detect a possible hazard, such as lane drifting, traffic close in front of the vehicle, or similar, the seat vibrates and (in extreme cases) red LED lights on the windshield's heads up display (HUD) flash. Even more unique? The seat vibrations can be directional.

If a driver is drifting left and approaching or crossing lane lines, the car will vibrate the left side of the seat as a warning. Same with the right. When approaching another car too closely (tailgating), the front of the seat vibrates. Automatic braking to slow the vehicle can also be triggered, further alerting the driver and avoiding danger. Similar technologies are used for backing and parking maneuvers.

The technology was co-developed by General Motors and active safety technical fellow Ray Kiefer, who has made a name for himself in this area of research since the 1990s. The idea behind the alert system was two-fold: keep the driver aware of his or her surroundings and keep the alerts silent so as not to disturb passengers or embarrass the driver.

The initial version (Awareness package), with just vibration alerts and lighting, is debuting this month in the XTS while the full Assist package with braking and evasion will debut this fall. General Motors says that passenger safety has moved from reactive safety measures (airbags, seatbelts, etc) to proactive measures (safety alerts, mitigation techniques).

Good Vibrations are coming to a Caddy near you and will soon evolve into much more.