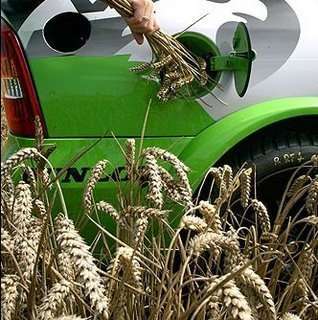 Pike Research estimates that the global biofuels market will double by 2021 to $185.3 billion from the current $82.7 billion, but that this increased production will still fall short of demand.
Advertisement

In a report titled Biofuels Markets and Technologies, futures analysis firm Pike Research estimates that production of biologically-based fuels (such as ethanol and biodiesel) will increase from $82.7 billion in 2011 to $185.3 billion by 2021, but will fall short of demand. Pike estimates demand will be in the 71.8 billion gallons per year (BGPY) area whereas production will fall short of that by several billion gallons. Current production worldwide is about 29.4 BGPY.

Pike estimates that 2021 total fuel usage will increase to about 375 BGPY for gasoline, 427 BGPY for diesel in ground transportation, and 200 BGPY for aviation globally. The biggest hurdles will be feedstocks for the fuels and the resulting shift towards more advanced technologies such as cellulosic production.

For comparison, current levels of ethanol production in the United States make up about 5 billion gallons per year, or about 70% of total world production. Nearly all U.S.-made ethanol is based on corn and if every corn ear grown in this country were diverted to making ethanol, it would only produce about 12% of the total gasoline actually used in this country.

Pike Research expects the Americas (the two largest producers of ethanol in the world are the U.S. followed by Brazil) to account for 71% of total global biofuels production for most of the 2012-2021 period. Global production of ethanol will reach 49.5 BGPY by 2021, Pike says, along with the following trends:

* Oil prices are expected to climb over the next decade, driving increased interest in biofuels.

* Wash-out from “Food versus Fuel” and “Indirect Land Use Change” will linger, shifting investor and policy focus from conventional to advanced biofuel pathways.

* Commercial airlines and the US military continue to emerge as key drivers of industry growth, signaling growing demand and attracting new investment into the industry.

* Number of off-take agreements with oil and chemical will increase, confirming the trend towards strategic partnerships.

* Production is expected to significantly outpace demand in some markets (e.g., Brazil) and fall short in others (e.g., China), increasing opportunities for global trade in ethanol and biodiesel.

It should be noted that the current most active financiers of biofuel production are petroleum companies, including all of the multinational oil conglomerates. Pike expects government stimulus investments to drop and for private financing to fill the gap.

For Some Former Daimler Managers Daimler Is Authority, While Tesla Is Like a Startup
How Daimler Unintentionally Subsidizes Tesla Giga Berlin
END_OF_DOCUMENT_TOKEN_TO_BE_REPLACED