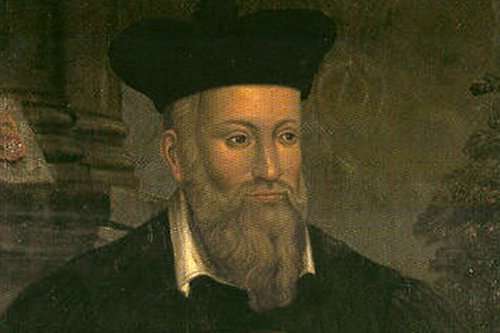 With one hand on a crystal gear shifter and another casting the lug nut runes, I prognosticate the future of the automobile in more or less clear English.
Advertisement

The auto industry is ever-changing and there are few who are willing to make concrete predictions about where it's going and what it's going to be like five, ten, or fifty years from now. Today, intrepid reader, we shall boldly go where no coherently intelligent life forms have gone before.

Like Carl Sagan and Nostradamus, we shall step forth into the far reaches of the cosmos and bring back knowledge of the future. So sit back, relax, and begin humming Planet Caravan because this is going to be more fun than a Grateful Dead concert with Pantera as the opening act.

Prediction #1
Car design will continue to suck with occasional bouts of genius thrown in just to keep us interested. As cars become more and more of the same, designers will stretch the limits of chrome add-ons and oddly-shaped headlights that are really expensive to replace in order to try to make up for the boring style mandated by aerodynamic requirements.

Once in a while, a flash-in-the-pan genius will pull a Bruno Sacco style one-off that will be shown as a “pre-production concept” - probably with the ubiquitous gull wings – at several auto shows and then suddenly hit the market as just another crappy upfit of an existing model, boring-ness completely intact and gullwings long gone. Most of the automotive press will ignore this and instead focus on the design horrific that one of the big European names trots out by mistake.

Prediction #2
Korea will rise and dominate as Japan falters and begins to crumble – the U.S. and Europe will just keep doing what they've always done: playing catch-up. Japanese automakers are due for a lot of failure and/or consolidation. The big boys (Toyota, Honda, Nissan) will hold or lose margins while smaller makers like Mitsubishi and Suzuki will struggle for relevance and probably ultimately become sideshow acquisitions by other manufacturers. Meanwhile, the Korean duo of Hyundai-Kia will continue pumping out newer, better, cheaper, faster, and more economical machines that will continue growing them towards dominance of most of the world's markets – with the exception of China, where they're having a struggle gaining interest thanks to long-held racial-nationalistic enmity.

With each successive model release from Korea, American and European automakers will attempt to make (non-carbon) copies to capture market share in sectors they've made reputations for poo-pooing in the past. Ford will be the only of the group that does well with this approach, thanks mainly to their ability to look beyond hybrids as a “green solution.”

Prediction #3
Technology is going to radically change how we drive our cars and within the decade, it will be liability issues, not lack of tech, that will keep fully hands-free driving off the road. With Google and Audi leading the way, automated driving is taking hold.

Ten years ago, people had a hard time getting the idea of OnStar and satellite radio. Five years ago, having the car park itself was just a pipe dream. Today, we can listen to any music anytime and anywhere, cars can call emergency services when we've been in an accident, can park themselves, stay in the center of the lane on the highway, put on the brakes to avoid collisions, and more. Automated, robotic cars are already on the roads being tested live right now. One climbed Pike's Peak and others crawl the streets of California and Nevada. Still more are on test tracks linking together in road trains in an automotive version of Follow the Leader.

Soon, your commute will look more like a breakfast bar with guilt-free shaving and makeup applications as your car does all the tedious waiting on the freeway-cum-parking lot.

Prediction #4
Newer, smaller, better and cheaper will continue to be the name of the game under the hood. Innovations nobody really notices will propagate like rabbits in spring. Metals will become lighter and stronger, accessory items will become smaller and less energy-consumptive, engines will shrink without losing power output, batteries will no longer be 900-pound lead-acid gorillas, and electronics to replace mechanicals in everything from the gearbox to braking will become the norm.

People, meanwhile, will get heavier to compensate. Action-reaction and all those other natural laws, you know. Someone has to feed the bunnies.

Prediction #5
Ten years from now, your alternative vehicle of choice will still not be a major part of any market share. Everyone but green gurus knows that hybrids, electrics, fuel cells, and so on aren't going to become a huge chunk of any market anytime soon. Yes, they'll get better and better, their prices will drop, and so on, but so will their competitors in the fuel-burning sector.

The good news? Fuels will get greener and the cars burning them will also be so. The United States will still stubbornly keep a death grip on the corn ethanol green dream, but most of the world will move on and find something better. You know, like almost anything else.

Special Bonus Prediction
In about a week, you will have totally forgotten all of my forward-looking predictions and will be enamored with some new line of b.s. one of the other guys here at Torque News came up with. Welcome to the Internet. Also coming soon to a car near you.

Toyota's First EV Will Have a Name of BZ: Toyota BZ
First Videos From Inside The Boring Company's Las Vegas Loop
END_OF_DOCUMENT_TOKEN_TO_BE_REPLACED