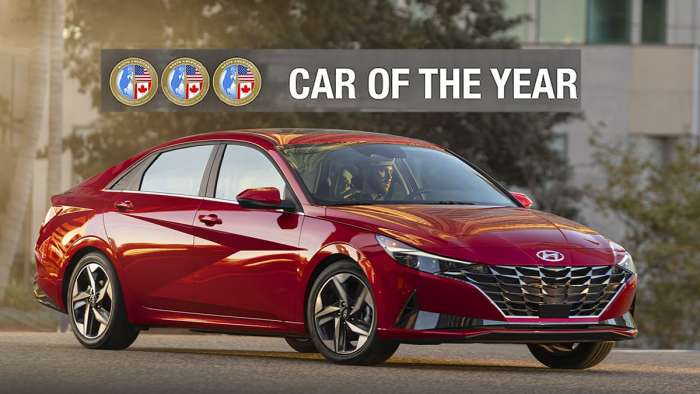 NACTOY accolade will help 2021 Hyundai Elantra stand out in a segment no longer coveted by most consumers, including Hyundai buyers in 2020.
Advertisement

The 2021 Hyundai Elantra was named North American Car of the Year by a panel of automotive journalists, who will tell you it’s one of the most prestigious awards out there. The accolade gives the Elantra a much-needed boost in a dying segment.

Cars are down to about 20% of sales with SUVS and crossovers accounting for almost half the market. That’s the reason Ford pretty much has abandoned the segment with the Mustang soon to be the only car sold out of Dearborn. (Yet it won the other two NACTOY awards this year.)

It appears the NACTOY jurors awarded the Elantra because Hyundai has not abandoned cars. The jurors also liked the way the model was debuted, too.

“It is refreshing to see an automaker so committed to the sedan segment that at launch they offer such a wide variety of models as is in the Hyundai Elantra family,” said John Davis, senior executive producer/host at Maryland Public Television/MotorWeek and NACTOY juror. “Hyundai did not do the drip-drip of the model variants over a longer term as is typical for the class.” 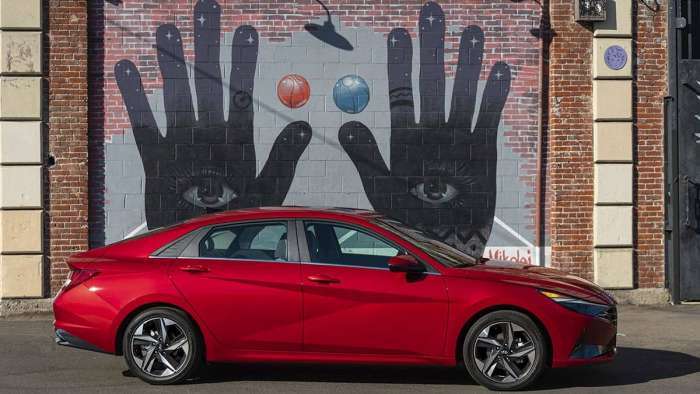 As I wrote back in December, the Elantra won because of its model diversity. What’s going to push the Elantra over the finish line is its diversity. In addition to its standard, gas-engine model, it’s available as a hybrid, an N Line version, and an N version. The Sentra doesn’t offer a similar range.

According to U.S. News & World Report, there are 27 non-luxury cars in the compact segment for sale. That’s a lot of noise and clutter to cut through when selling a car to an audience that is already inclined not to buy your product.

No model slumped as much in 2020 compared with 2019 sales in the Hyundai lineup as did the Elantra. In 2019, 175,094 models were sold compared with 105,475 in 2020. Overall sales for Hyundai were down 9.6% year over year. The Elantra dropped 39.7%. Take away the drop in Elantra sales and Hyundai actually sells more vehicles year over year by the slightest of margins. 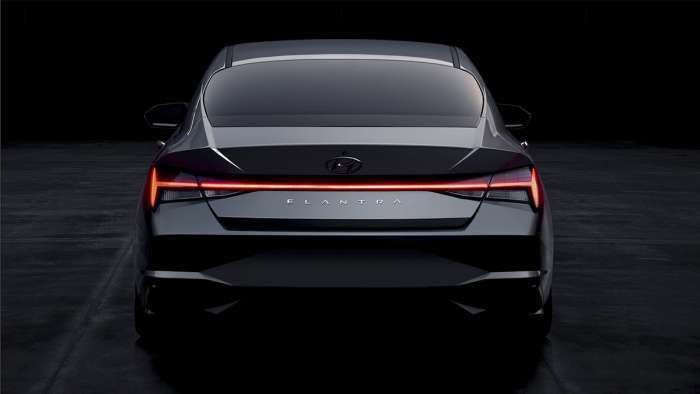 Now, though, Hyundai has a strong selling tool for the Elantra. It can exhort to the masses that its compact is the best of the best. Expect sales to pick up in 2021 for the Elantra and help boost the brand, especially as Hyundai gets ready to roll out the Ioniq EV lineup. One can already sense the marketing opportunities. “Hyundai already makes the best car in North America. Now see the best electric car, too.”

What do you think? Was the Elantra a deserving winner as car of the year? Comment below.