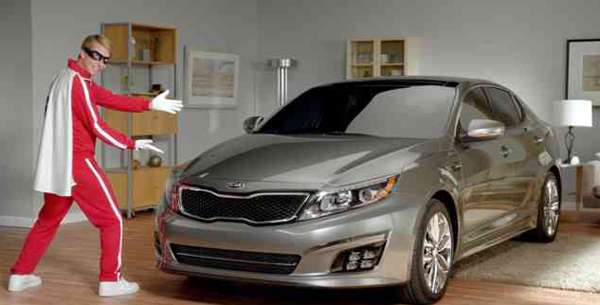 Kia Sales Kick Up in March Thanks to Forte, Optima, Soul

While its Korean sibling was struggling, Kia saw its sales kick upwards in March thanks to Forte, Optima and Soul models among others. It was the second best March sales for the company in its 20 years in the United States.
Advertisement

“2014 marks Kia’s 20th anniversary in the U.S. and our performance in March helped first quarter sales rise 4.8-percent over last year, thanks to strong consumer traffic and the ongoing popularity of the Optima and Soul,” said Michael Sprague, executive vice president of sales and marketing, in the same press release. “With K900s now arriving in dealerships, Kia’s product portfolio is more refined than ever and offers world-class design, advanced technology and outstanding quality in every segment we compete in, from subcompact to luxury.”

The losers in the lineup would be the Sorento (down to 8,671 from 10,005) and the Rio (down to 3,571 from 4,009). The Sorento drop is interesting because Hyundai, in sales figures released today, showed a strong increase in Santa Fe sales. The Santa Fe is for all intents and purposes the twin to the Sorento. The Rio drop is also counter to what the Accent did over at Hyundai.

Things are looking good for Kia sales to continue to increase, with 2014 possibly being a record sales year for the company after sales fell in 2013. You have to figure when even its Sedona minivan is selling well, things must be going well. And, heck, the new Sedona minivan is being introduced later this year on top of it.

What's this world coming to when even Kia minivans are selling well? Don't deflate my bubble and tell me it’s due to fleet sales. It could be but the numbers aren't broken down.