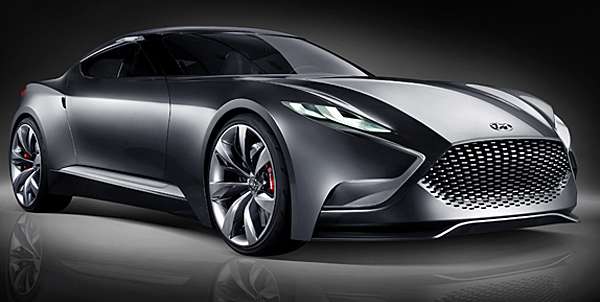 Fans Speak Out on What Next Hyundai Genesis Coupe Needs

As reported by TorqueNews.com, the 2015 Hyundai Genesis Coupe is going to most likely premiere at the New York Auto Show media days in April. That announcement provoked some Genesis Coupe Facebook fans to speak out on what the Genesis Coupe must – and just as importantly must not – have.
Advertisement

In terms of a quick recap, on my wish list for what the 2015 Genesis Coupe needs was the 5.0-liter V8 that will have 429 horsepower @ 6400 rpm and 376 lb-ft of torque @ 5000 rpm. A Hyundai Genesis coupe fan boy with strong info (i.e. his dad is a general manager at a Hyundai dealership) said the new coupe would have that powertrain when it debuts. Simply put that's going to be awesome.

As pointed out in my story, having that much power puts the 2015 Hyundai Genesis only a few ponies away from the Corvette Stingray. Of course, there is a huge disadvantage of the Stingray having an additional 86 lb. ft. of torque.

Then, as I was posting on Facebook, I got to thinking, why aim at the Corvette Stingray? It's actually not a fair comparison because it's a two-seater and the Genesis coupe is a four-seater.

The model that came to mind is the Audi S5. It has a 3.0-liter, supercharged V6 that produces 333 hp @ 5500 rpm and 325 ft-lbs. @ 2900 rpm. But upon further review, as they're wont to say in the NFL, Hyundai should target the Audi RS5. Because the Hyundai Genesis coupe will pretty much match it for power. According to Audi, the RS5 has a high-revving 450 hp naturally aspirated V8 with 316 lb-ft. of torque that is mated to a seven-speed S tronic transmission and equipped standard with the Audi quattro all-wheel drive.

The RS 5 Coupe – launching from 0-60 MPH in 4.5 seconds – and the RS 5 Cabriolet, sprinting from 0-60 MPH in 4.9 seconds, both achieve an electronically-governed top speed of 174 MPH. Now, I don't know if the Genesis coupe will have an electronically-governed top speed (current fuel cutoff on the 3.8-liter is 149 mph) but the numbers suggest it's going to be capable of taking on the RS 5 lineup and the Audi starts at about $70,000 when delivery is thrown in.

So what do the fan boys want? At the Hyundai Genesis Coupe Facebook page, one posted suggested, "Ideally I'd love an AWD 3.8TT like a baby GTR." Maybe Hyundai should accept that challenge. I'm going to defer to others' expertise in this area but why not slap a twin turbo on the 3.8-liter V6? Could it work? If it did, you'd have a hella great sports car at a Hyundai price.

You're going to need to make sure the Genesis coupe is all-wheel drive to take on the GT-R. I wonder what the potential power output of the V6 could be with twin turbos. Nowhere near the GT-R, of course, but still a plenty fast machine (and it would throw down decent fuel economy numbers, too, to make the green folks happy).

One poster questioned why the 2015 Hyundai Genesis Coupe is going to need bells and whistles, as I suggested, like:

They said no rear-wheel drive sports coupe is going to need those things. Well, I have to disagree on that point because they do if they want to be competitive with the best Audi, Mercedes and BMW can throw at them. You don't benchmark stripped down – you shoot above your weight class.

Of course, one big challenge, in terms of benchmarking, is going to be ride and quality. As one poster said, "I dont think the luxury and ride quality is anywhere near Audi's." Hit that benchmark, which I think Hyundai is capable of, and the world's going to take notice.